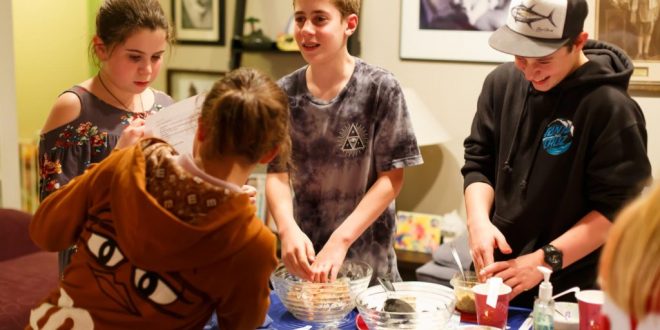 Annika Aumentado became a Bat Mitzvah on July 13, 2019 with the Adventure B’nai Mitzvah Class.  In this essay, called a D’var Shana, she shares her reflections on her year filled with challenge and growth.

Throughout my time in the Adventure Class this year, I learned a lot about responsibility through making sure that I was being safe, the people around me were being safe, and that we were all prepared for whatever class we were attending. I also learned about working together because our class became a tight community through all the hikes, activities, and the group discussions we had during the hikes.

I also learned about how to connect Judaism to my everyday life. Before the Adventure Class and learning Hebrew, I didn’t know much about Judaism and how I could incorporate it into my life. I’ve since learned how I can easily practice Shabbat without making it very involved. I also learned more about Jewish holidays and the reasons why we celebrate them and different ways to celebrate them. Judaism has also helped me feel connected to my Jewish family.

As I mentioned I learned many things during the class and part of this was from doing things that I normally wouldn’t want to do. One of the classes that I originally didn’t think I was ready to do was the Deer Mountain Hike. The Deer Mountain Hike was one of the classes that I remember the most. It was the first Adventure Class without our parents and part of the purpose of this class was to get us working together to build a community. We got chances to meet new people and get to know them. We were challenged to talk to new people when Rabbi Jamie had us pick a pipe cleaner and partner up with the person who had a matching pipe cleaner. We were encouraged throughout the hike to talk to many different people. When I first learned about this hike, I was nervous because I thought it was going to be long and boring. It was definitely long, but it wasn’t boring at all.

We had crazy weather and the time flew by because I had fun talking to new people. At the beginning of the hike, we were partnered up with another person and we had to tell each other our life story and then we had to retell it to the rest of the class. I learned a lot about not only my own partner but the rest of the class. This was really great because I continued to talk to her for most of the hike and learned all about her life and school. During the entire hike, I got to talk to people that I hadn’t talked to and continue talking to people that I had started talking to at orientation. Although many of our classes were hikes, we also enjoyed some indoor activities, and they truly were just as adventurous.

One of the non-hiking experiences that we had was the Iron Chef Shabbat Showdown Adventure Class. I had heard about this class during the many months leading up to it and it was as fun as I had expected. It was chaotic and crazy.

We were put into random groups and were given the challenge of making challah and matzah ball soup with a recipe with normal and random ingredients and make the foods in 45 minutes. The purpose of the class was to learn about how we can make some of the main Jewish foods. It was also an opportunity to work with people that we hadn’t talked to much. Because we were cooking two foods with multiple steps we had to work together a lot and organize well. Throughout the night I was laughing at the randomness of our creations. For example, one person in my group always wanted to add random ingredients. We even decided to add crushed Lays chips to our matzah balls despite our skepticism. We actually ended up winning for best matzah ball soup, so I guess it was good to be a little out of the box. The whole experience was really friendly and I had a great night.

I didn’t just learn how to make challah and matzah ball soup from the Adventure Class; I learned important life lessons throughout the year.

I’ve grown a lot since last August, and I have the Adventure Class to thank for that. I’ve learned to take risks that I never thought I could take before. My interests have grown and I can now say that I enjoy hiking and am willing to go on long hikes that at first seem dangerous, scary, or boring. I have also learned more about building a community and about taking responsibility in my life. The biggest lesson I learned and the overall purpose of the class was figuring how I can connect to Judaism in my own way. I’ve taken away so many life skills from this class and so many memories that I will hold onto for years to come. I’ve learned and grown so much this year and it wouldn’t be possible without the support from everyone in my life.

This experience has been so important to me and I’m incredibly thankful for everyone that was able to join me here today. 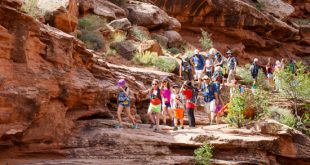 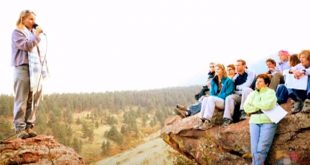