Denver, CO, April 10, 2019 … The Anti-Defamation League Mountain States Region, responding to reports of a swastika burned into the asphalt at a Denver elementary school, condemned the incident and commended Denver Public Schools and the Denver Police Department for their swift action to investigate the incident and ensure the safety of the school community.

According to officials with Denver Public Schools and Denver Police Department, a group of individuals used gasoline to burn a swastika on the asphalt near the playground at Ellis Elementary School in southeast Denver on Monday night. Investigators are reviewing available video footage to help identify the suspects. The incident remains under investigation.

We are deeply disturbed that individuals would burn a swastika into the asphalt near a playground where young children normally spend their time playing. Our children deserve to learn and grow in an environment free from hate. We must all stand up to condemn this incident and incidents like it.

We commend leaders with Denver Public Schools for immediately condemning the incident and developing a plan to help ensure the safety of the school community. We also thank Denver Police Department for investigating the incident as a possible hate crime.

The incident at Ellis Elementary follows similar incidents in which hate symbols have been found at other Denver-area schools this school year. ADL received nearly two dozen reports of hate incidents at schools and colleges in Colorado in 2018. ADL’s 2017 audit of anti-Semitic incidents reported a dramatic 94% increase nationwide in anti-Semitic incidents at K-12 schools with 457 incidents in 2017, compared to 235 in 2016. In addition, a report recently released by ADL found that Colorado ranked third in the nation in 2018 for the highest number of white supremacist propaganda distributions and rallies. ADL tracked at least 72 propaganda distributions in Colorado in 2018, including 13 on college campuses across the state.

ADL is the world’s leading anti-hate organization. Founded in 1913 in response to an escalating climate of anti-Semitism and bigotry, its timeless mission is to protect the Jewish people and to secure justice and fair treatment for all. Today, ADL continues to fight all forms of hate with the same vigor and passion. A global leader in exposing extremism, delivering anti-bias education, and fighting hate online, ADL is the first call when acts of anti-Semitism occur. ADL’s ultimate goal is a world in which no group or individual suffers from bias, discrimination or hate. ADL’s Mountain States Region covers Colorado, New Mexico and Wyoming. More at https://mountainstates.adl.org/.

Statement on Israel and Rising Anti-Semitism from the Boulder JCC 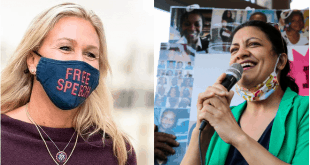 Column: Anti-Semitism Watch: A Pox on Both Parties