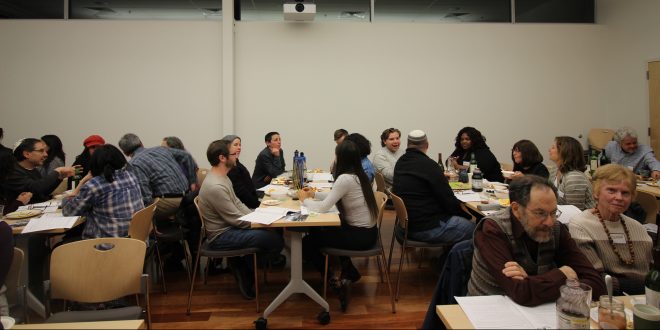 Tu B’Shevat, the birthday of the trees, has gone through many iterations of celebration for the Jewish people. What started as a day important for agricultural tithing in the Land of Israel, became a mystical seder in the 15th century, then morphed into a sort of Jewish earth day in the 1970s with the start of the modern environmental movement.

This year, we celebrated the holiday at Milk and Honey Farm at the J with a new twist, by incorporating the theme of Food Justice into the mystical seder structure. Tu B’Shevat fell exactly on Martin Luther King Jr. Day, inspiring seders and celebrations all over the country that incorporated racial and environmental justice elements. We chose to focus on Food Justice in Boulder County. The issue is near and dear to our mission, as each year Milk and Honey Farm grows around a ton of organically grown produce that is donated to food insecure families. Moishe House, Congregation Har HaShem, Congregation Bonai Shalom, and Hazon all helped expand the reach of the seder, and we were able to celebrate with a diverse community.

Hayden Dansky, Executive Director of Boulder Food Rescue, spoke at the seder about Food Insecurity in Boulder County. They poignantly told stories about people experiencing food insecurity and how Boulder Food Rescue works to make a difference. Participants also read texts, old and new, to spark dialogue about Jewish values relating to food waste, food insecurity, and working towards a more just world. Though we only scratched the surface of this layered topic, many people left inspired and ready to work toward making positive change in their own habits and in the wider community.

Previous Rabbi Marc’s A Dash of Drash – Sinai and the Power of Myth is Episode 88 – Yitro
Next Holocaust Exhibit at BJCC Draws Over 2,000 Visitors 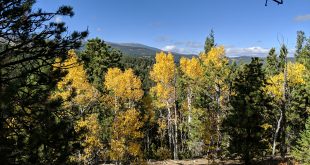 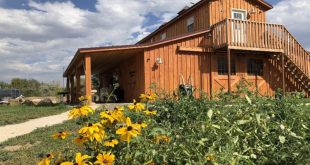