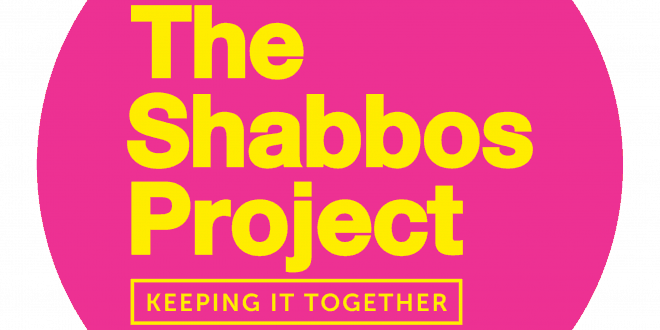 Staff October 31, 2019 News Comments Off on 1 Million Jews “Jumping Together”

A year after the Pittsburgh shooting, international Shabbat Project will bring together Jews across political and ideological lines in celebration of the Jewish Day of Rest, inspiring a more uplifting Jewish identity

Johannesburg, October, 2019 — From November 15-16, 2019, more than 1 million Jews in over 1,500 cities around the world will unite for the annual international Shabbat Project.

Last year, the Shabbat Project attracted more than 1 million participants in 101 countries across 1,511 cities and towns. This year, organizers believe the initiative will top those numbers. New cities joining the 2019 Shabbat Project include Meknes, Morocco; Kigali, Rwanda; Nahariya, Israel; and Le Grand Mort, France.
This year’s Shabbat Project calls on Jews all over the world to “Jump Together” in response to rising levels of violent anti-Semitism in the U.S. and worldwide, most recently the shooting that claimed two lives outside a synagogue during Yom Kippur in Halle, Germany. The deadliest anti-Semitic attack in U.S. history, meanwhile, occurred in Pittsburgh on the weekend of last year’s Shabbat Project.

“We must not let our Jewish identity be defined by the evils of anti-Semitism. Our strongest and most powerful response to the darkness of Halle, Pittsburgh, Poway and other recent inhuman attacks is to boldly spread light in the world — to redouble our humanity and inspire a more uplifting Jewish identity,” says South African Chief Rabbi Dr. Warren Goldstein, the founder and director of the Shabbat Project. “We cannot be intimidated or paralyzed by the darkness. We mourn and we pray, but we are not defeated or afraid.”

Shabbat Project challah bakes, havdallah concerts, family and community dinners, festive prayer services, children’s activities, and even week-long celebrations will be coordinated this year by a team of more than 8,000 partners in participating cities as well as tens of thousands of volunteers on the ground.

In France, a Shabbat Project hotspot each year, organizers will be working alongside celebrated tech mogul and advisor to President Emmanuel Macron, Jeremie Berebie, to bring the initiative to more than 50 French cities.

Meanwhile, in Eastern Europe, the youth movement EnerJew will coordinate a Shabbat experience that brings together Jewish teenagers in 40 cities in the former Soviet Union.

Challah bakes will again be a key rallying point for the Shabbat Project, with organizers challenged to innovate on the concept’s traditional formula. Previous iterations have included cross-border, silent disco, and glow-in-the-dark challah bakes. This year will see a mindfulness-and-meditation bake in Mexico City; “pink challah bakes” to raise breast cancer awareness in more than 20 U.S. cities, and an attempt by organizers in Sydney, Australia, to break the Guinness World Record for the world’s longest challah (currently 20ft). Boulder’s Great Challah Bake is on November 13th at the Boulder JCC.

In another new development, the Shabbat Project has deployed dedicated Facebook and Instagram pages for Spanish, French and Russian speakers, with content curated and customized for each region.

Further, to help first-time participants navigate the details of Shabbat observance, the Shabbat Project team has developed a simple seven-step guide, replete with rich ideas and philosophical reflections, fleshing out the meaning and methodology of the various Shabbat practices. The guide has been translated into four different languages and tailored for diverse audiences.

“Our approach is predicated on the idea that the real energy of Shabbat — its transformative power — is wholly dependent on immersing oneself in the full Shabbat experience,” says Rabbi Goldstein. “Over the past six years, through the power of that experience, we’ve seen individuals and communities do great things — things that before were not thought possible. We’ve seen walls torn down, families rejuvenated, deep feelings awakened, deep friendships formed. The power of doing that together, all across the Jewish world, is simply incredible.”

Rabbi Goldstein adds, “It’s time for the Jewish world to jump together. To recommit to our heritage, to the grand idea of what it means to be a Jew — and to find our way forward to a future filled with inspiration and determination, a future that will see us defeat those who seek to destroy our values. When we do that, we move the world.”

The 2019 Shabbat Project takes place from November 15-16. To sign up, find out how you can become a partner, or learn more, visit: www.theshabbatproject.org/.

They call me "NewsHound IV," because I'm a clever Finnegan, sniffing out stories all over the Boulder area. I love Jewish holidays because the food is GREAT, especially the brisket. Well all the food. I was a rescue pup and glad to be on the scent!
Previous Spiritual Support Group for Mental Health Meeting Dates for November
Next Sarah Galdieri Bat Mitzvah