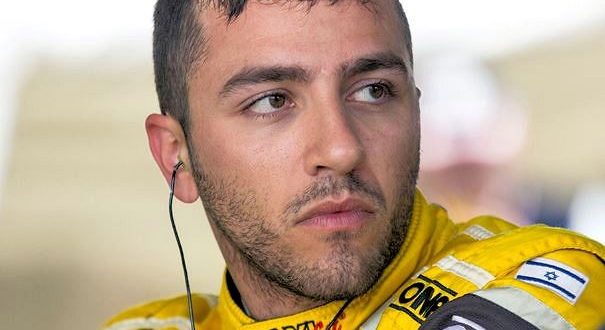 Sarasota, FL (September 16, 2018) Alon Day, the first driver from Israel to ever compete in NASCAR’S top series, will make his 2018 Cup Series debut on September 22 in the Federated Auto Parts 400 at Richmond Raceway, Richmond, VA.  Day will be driving the BK Racing No. 23 Best Bully Sticks Toyota Camry.

Day, a 26-year-old native of Tel Aviv, Israel, was the 2017 Champion of the NASCAR Whelen Euro Series. As a result of his outstanding achievements in NASCAR’s Euro Series, Day has the unique distinction of being the first stock car driver from outside of North America to be selected for the NASCAR NEXT program (Class of 2016), an initiative to feature NASCAR’s future stars. Day has previously competed in NASCAR’s Camping World Truck and XFINITY Series. In 2017, he made his Cup Series debut at the Sonoma road course. The Richmond race marks his first on a Cup Series oval track.

Earlier this year, Day was named among “The Top 100 People Positively Influencing Jewish Life” by The Algemeiner newspaper.

Day will be heading to the U.S. immediately following his victory today in the Semi-Finals race in NASCAR’s European Series at Hockenheimring, Germany.  Day will be defending his 2017 Championship at the Finals in Zolder, Belgium on October 20-21.

The Monster Energy NASCAR Cup Series is the highest level of stock car racing. It is the #2 most watched sport in the U.S.  Alon Day will be racing against the world’s best drivers and hopes to bring positive attention to Israel and the Jewish Community.

Day is sponsored by Best Bully Sticks, a brand of TDBBS, LLC, a Richmond, Va. based market leader in providing healthy, natural dog treats and chews. Other TDBBS brands include Barkworthies and Paw Luxury. The company specializes in products that are natural, limited ingredient, and high in protein.

Tax exempt donations to www.RacingForIsrael.org are intended to help pay the expenses of Day and other Israeli motorsports athletes in international competition on behalf of Israel.

They call me "NewsHound IV," because I'm a clever Finnegan, sniffing out stories all over the Boulder area. I love Jewish holidays because the food is GREAT, especially the brisket. Well all the food. I was a rescue pup and glad to be on the scent!
Previous Wolves Walk In Where Angels Fear To Tread
Next Get Social in the Sukkah at Har HaShem

Community, government, and faith leaders in Colorado took part in a virtual event, Responding to Antisemitism: An Interfaith Call to Action, on Tuesday, January 18, 2022. See the event recording here.