Jeremy Shaver July 23, 2018 News Comments Off on ADL Commends Law Enforcement for Their Handling of Bias-Motivated Crime at Longmont Pool

Denver, CO, July 23, 2018 … The Anti-Defamation League (ADL) today commended law enforcement for investigating an alleged racist incident at an apartment complex swimming pool in Longmont as a potential bias-motivated crime. According to media reports, the suspect in the case is accused of screaming racist slurs at a Hispanic family using the pool at the apartment complex and for possibly arming himself with a pistol wrapped in a towel.

The suspect was charged on Friday with 10 counts of felony menacing, disorderly conduct and two counts of bias-motivated crime.

ADL is deeply disturbed by reports that a Hispanic family was targeted with racist vitriol, as well as possible threats with a handgun, earlier this summer while simply trying to enjoy their neighborhood swimming pool. We commend the Longmont Police Department and Boulder District Attorney’s Office for taking this incident seriously and for investigating it as a bias-motivated crime. We all have a responsibility to push back against the increase in hate incidents in our state and to send an unequivocal message that this behavior will not be tolerated.

ADL is the world’s leading anti-hate organization. Founded in 1913 in response to an escalating climate of anti-Semitism and bigotry, its timeless mission is to protect the Jewish people and to secure justice and fair treatment for all. Today, ADL continues to fight all forms of hate with the same vigor and passion. A global leader in exposing extremism, delivering anti-bias education, and fighting hate online, ADL is the first call when acts of anti-Semitism occur. ADL’s ultimate goal is a world in which no group or individual suffers from bias, discrimination or hate. ADL’s Mountain States Region covers Colorado, New Mexico and Wyoming. More at http://denver.adl.org. 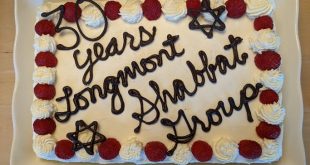 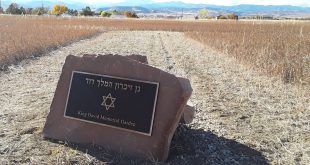