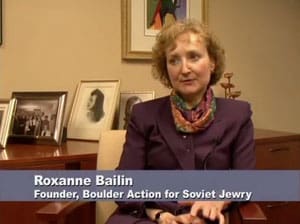 This year marks the 30th anniversary of the formation of Boulder Action for Soviet Jewry (BASJ). In the mid-1980’s, a number of similar organizations around the U.S. were formed to assist Jewish refuseniks in leaving the Soviet Union, but their efforts were mainly focused on Jews in well-known Soviet cities such as Moscow, Leningrad (now St. Petersburg), Kiev, Vilna, Riga, Tashkent, Tbilisi, and Baku.   Few groups advocated for refuseniks in less traveled cities such as Dushanbe, Tajikistan.

Boulder attorney Bill Cohen and Boulder District Judge Murray Richtel met in early 1987 to discuss assisting refuseniks from throughout the USSR to gain permission from the Soviet government to emigrate to the U.S. or to Israel.   At that time, the City of Boulder entered into a “sister-city” relationship with Dushanbe, the capital of Soviet Tajikistan.  Murray Richtel asked the Anti-Defamation League if there were any refuseniks in that city and received a list of about 100 names.  Richtel and Cohen, along with other leaders in the Boulder Jewish community, decided to form Boulder Action for Soviet Jewry to focus on getting these Dushanbe Jews out of the Soviet Union.

Bill and Murray requested that Roxanne Bailin, also a Boulder judge, and Rebecca Bradley, an attorney, participate in a Sister City trip to the Soviet Union in May 1987.  They did so and made contact with the Dushanbe Jewish Community.  That led to the first family, the Gurzhievs, (now Levis) from Dushanbe, to resettle in Boulder.

Soon BASJ reorganized itself into a Resettlement Agency.  Over BASJ’s ten years of active operations, it was able to resettle about 250 Jews from Dushanbe and other Soviet cities in Boulder, where some of them and their families still remain today. A large community of these former refugees has settled in Denver and in other states.

To commemorate these accomplishments, a reunion of these resettled families, the BASJ founders and organizers, and the many community volunteers who assisted in resettlement will be held at the Boulder JCC on September 10, 2017. 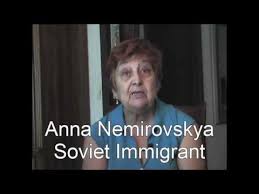 All BASJ families and volunteers will be invited, but the organizers do not have complete contact information, so it would be very helpful for those families and volunteers to contact Carol Watkins at carol@carolwatkins.com and provide her with email addresses to be sure that they will be included on the invitation list.  And anyone who knows of families or volunteers who might not read this should also send contact information to Carol.

Kathryn has spent her professional life writing about, teaching, and presenting the arts. Founding Director of the Boulder Jewish Film Festival, Kathryn was Director of Menorah and ACE at the Boulder JCC from 2003 through August, 2019. The former film and theater critic for the Boulder Daily Camera, Kathryn is the author of "The Fifty Greatest Jewish Movies" and "The Fifty Funniest Films of All Time." kathryn.bernheimer@gmail.com
Previous 2017 BJCF Grant Applications Now Open
Next Hillel of Colorado Searching for New DU Director