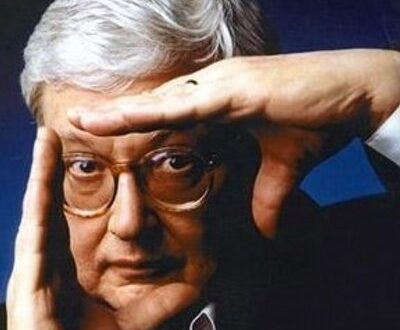 Roger Ebert Is Remembered in “Life Itself” at Boulder JCC

Kathryn Bernheimer October 3, 2017 Arts & Culture Comments Off on Roger Ebert Is Remembered in “Life Itself” at Boulder JCC Roger Ebert, a world-class raconteur frustrated by throat surgery that left him unable to speak, began writing “Life Itself” as a loose collection of reflections, memories and random anecdotes. The 2011 book, in which he took stock of his fascinating life as arguably America’s most influential film critic, refined itself into a celebrated memoir worthy of the acclaimed writer.

Steve James, the director of  “Hoop Dreams” – which Ebert had championed earlier in his career –  wisely decided to turn the memoir into a documentary. Five months into the project, however, Ebert died, and the director was left with the task of commemorating Ebert’s life on film – to celebrate a man whose whole life was film.

Still, to call this 2014 documentary a traditional biography would be a mistake. It is lively, intimate, outrageous and brimming with passion. Ebert was a man of appetites and the film does his enthusiasm justice.

Ebert, as many in Boulder know, attended the Conference on World Affairs every year faithfully as long as his health allowed. He famously sat on panels waxing on topics far from film with incredible insight. His wildly popular, week-long Cinema Interuptus allowed Ebert the opportunity to share his vast knowledge. And every year he was at the Telluride Film Festival, where our paths would again cross. (This year Chaz Ebert was there with a new book of Ebert’s writing on Werner Herzog, who was signing copies next to Ebert’s widow.) His legacy looms large.

I first met Ebert in 1980, when I became the Boulder Daily Camera film critic, and he was unfailingly generous and kind to me over the years. We usually found time for a Chinese lunch on the Hill. To this day, I consider Ebert to be the best public speaker I have ever heard. I also learned more about film and writing about film from Ebert than any professor or teacher I ever had. I am not alone in this opinion or experience.

Howie Movshovitz, a local film critic and scholar who became close friends with Ebert over these same years, is interviewed in “Life Itself” and will be at the Boulder JCC to discuss the film on Oct 12th after its noon Lunch and Learn screening.

“Life Itself” is a beautiful documentary that befits a man as complex, intelligent, and compassionate as Roger Ebert. – Peter Travers, Rolling Stone

“Life Itself”, the first ever feature-length documentary on the life of Roger Ebert, covers the prolific critic’s life journey from his days at the University of Illinois, to his move to Chicago where he became the first film critic ever to win the Pulitzer Prize, then to television where he and Gene Siskel became iconic stars, and finally to what Roger referred to as “his third act”; how he overcame disabilities wrought by cancer to became a major voice on the internet and through social media.

Kathryn has spent her professional life writing about, teaching, and presenting the arts. Founding Director of the Boulder Jewish Film Festival, Kathryn was Director of Menorah and ACE at the Boulder JCC from 2003 through August, 2019. The former film and theater critic for the Boulder Daily Camera, Kathryn is the author of "The Fifty Greatest Jewish Movies" and "The Fifty Funniest Films of All Time." kathryn.bernheimer@gmail.com
Previous Who Will Get Liked and Who Will Get Comments
Next Soup in the Sukkah on Monday