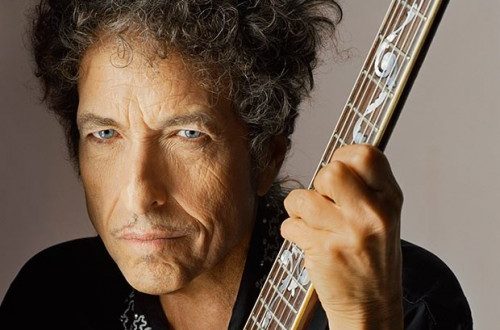 More than a concert, the tribute interweaves biographical material with songs from Dylan’s hit parade, providing audiences with a new appreciation for the icon.

How much impact has Bob Dylan had on the culture?

Well, just today, as I write this, Bob Dylan is back in the news, having finally delivered the Nobel Lecture that he was required to make before June 10 when he was awarded the Nobel Prize for Literature. His 40-minute public address credits Buddy Holly as an influence, as well as three books. (Read more here): (http://www.bbc.com/news/entertainment-arts-40159988) The ACE program at the J, with MC Kathryn Bernheimer, includes the top ten things you need to know about Dylan. For example, do you know why Dylan holds Colorado close to his heart? Early in his career, Bob Dylan played a show in Fort Collins, where loyal fans withstood a torrential Colorado thunderstorm. The experience allegedly led to his writing “A Hard Rain.” The definitive Colorado  connection begins in 1960, when Dylan dropped out of college after freshman year and drifted down to Denver from Minneapolis to establish himself as a folksinger. He played off and on at the Satire Lounge, where he once opened for the Smothers Brothers, a popular act in Denver at the time. Dylan is remembered from those days as a hobo-style musician.

“Conley described the young Dylan as “looking like a character out of The Grapes of Wrath.” Wearing worn-out clothes and singing hillbilly ballads, Conley noted, Dylan was from the branch of folk music that was “rolling in the dust,” with a style and look that contrasted with the more polished branch of folk musicians, such as the Kingston Trio, which was popular in Denver at the time.”

His first real paying gig was in Central City, at the Gilded Garter. Here’s what Dylan says about those first weeks of show business at age 19:

“They paid me very little, but they threw in sandwiches and drinks, and all the strippers I could watch. All the noisy drunks were thrown in free, too. The time has gone so fast. It almost seems like it happened to someone else.” Dylan, of course, rose from those humble Colorado beginnings to become a star on the new folk scene, landing a recording contract two short years later at the tender age of 21. And then, well, you’ll have to come to the JCC to find out what happens next.

The voice of the counterculture, Dylan is arguably the most influential songwriter, singer, artist, and writer of his “a-changin” times, starting in the 1960’s with searing protest songs addressing social injustice.

Defying pop music conventions, his lyrics incorporate a wide range of political, social, philosophical, and literary influences. Since the late 1980s, Dylan, who performs with guitar, keyboards, and harmonica, has been on the “Never Ending Tour.” He says his music is his religion – although the Jewish side of Dylan will be showcased at the tribute concert. The concert is titled “Forever Young”in part because the song, composed in 1972 for his infant son, is based on the traditional Jewish Sabbath blessing of the children, famously reinterpreted in “Fiddler in the Roof.”

Dylan emerged from a period in which he explored Christianity to write “Neighborhood Bully” in defense of Israel in 1982 in the wake of the Lebanon War. Dylan, who has a huge fan base in Israel, also persuaded the Rolling Stones to play Tel Aviv.

In the fall ACE: Arts, Culture and Education at the J, which is dedicated to cultural enrichment, is launching a series of musical events and performances, from Pete Wernick’s Flexigrass to a Persian Ensemble, from jazz to folk. Schedule will be announced July 1.

ACE  invites you to join us for an evening of exploration, an opportunity to laugh, cry and seek solace and meaning in the songs that shaped a generation.

Kathryn has spent her professional life writing about, teaching, and presenting the arts. Founding Director of the Boulder Jewish Film Festival, Kathryn was Director of Menorah and ACE at the Boulder JCC from 2003 through August, 2019. The former film and theater critic for the Boulder Daily Camera, Kathryn is the author of "The Fifty Greatest Jewish Movies" and "The Fifty Funniest Films of All Time." kathryn.bernheimer@gmail.com
Previous The Paris Accords — Now What?
Next A Remarkable Man Comes To Boulder