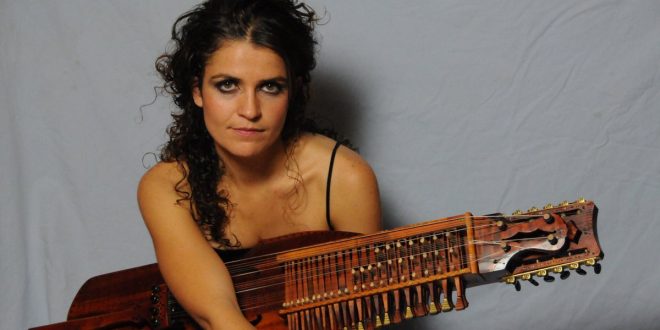 “More Than a Concert” Concept Expanded Into music@theJ

Kathryn Bernheimer August 10, 2017 Arts & Culture Comments Off on “More Than a Concert” Concept Expanded Into music@theJ From September 2017 to May 2018, ACE: Arts, Culture and Education at the J will present a monthly musical series that reflects our mission of cultural engagement through the arts.  music@theJ will feature eclectic and illuminating musical events, each of which are “more than a concert,” ranging from Broadway show tunes and a folk hootenanny to a Persian ensemble and a Paul Simon tribute concert. (See below for full listings.)

As an arts presenter and adult education provider located within a community center, ACE occupies a unique niche among Boulder’s diverse cultural arts offerings. With music@theJ, we will present music as a piece of living history, as a reflection of a specific culture, or of the individual composers whose work is being performed.

Community building is at the heart of ACE’s mission, and is a foundational goal of music@theJ. We offer the entire community the opportunity to listen, learn, and laugh together with us. We celebrate diversity and promote cross-cultural understanding by sharing music from around the world and presenting musical reflections of America in indigenous musical genres such as jazz, the Broadway musical, and bluegrass. With Kodachrome, we celebrate the contributions and influence of Jewish American musical icon Paul Simon.

Returning for a second year as part of music@theJ, Klezmania is a Christmas Eve klezmer concert with Chinese food that sold out in its December debut.

Also returning to the J for a second year is ethno-musicologist Gregory Walker, who will present a multi-media cultural exploration of Polynesia, “Tiki Beat Taboo: Not Your Grandmother’s Luau” as part of music@theJ. Last fall, the CU-Denver professor and former concertmaster for the Boulder Phil produced and starred in “JAMbalaya,” a music/dance/video performance that drew enthusiastic response.

David Fulker has assembled a quintet for “Jazz Crossings,” including popular local singer Robert Johnson, which examines the Latin and Caribbean influences on American jazz.

In “Somewhere Over the Rainbow,” singer and teacher Faye Nepon illustrates the American musical through song, focusing on the immigrant dream of America as it took shape on stage and screen.

All concerts are at 7:00 pm in Levin Hall, the JCC’s performance space. The new Boulder JCC is located at Cherryvale and Arapahoe, 6007 Oreg Ave. Tickets are available online at www.boulderjcc.org. For more information, call Kathryn Bernheimer at 720-749-2530, kathryn@boulderjcc.org

Tickets are $25 per concert/ $20 with the purchase of 4 or more concerts/$30 at the door/free for students with ID.

DISCOUNTED TICKETS FOR FOUR OR MORE CONCERTS CLICK HERE (Does not include Klezmania dinner.)

Like the wake of a ship crossing the Caribbean, ripples of African rhythms and European harmonies lap the musical shores from Brazil and Venezuela to the Yucatan and on to New Orleans, Cuba and even Jamaica. Flugelhorn player Dave Fulker has assembled a band that includes Robert Johnson (vocals), Victor Mestas (keys), Gonzalo Teppa (bass) and Christian Teele (percussion). Prepare to hear echoes of culturally diverse artists that include Harry Belafonte, Dizzy Gillespie, Duke Ellington, Nat King Cole and Antonio Carlos Jobim.

Known as Dr. Banjo (drbanjo.com), Hot Rize founding member Pete Wernick is renowned world wide for his accomplishments and contributions to bluegrass – as the hot picking force behind several bands, and as an innovative teacher, songwriter and author. Pete has lived in Niwot since 1976, and currently tours with several bands. Hot Rize has recently reunited for a 40th anniversary tour. Pete brings his own unique bluegrass/traditional jazz combo, Flexigrass, to the Boulder JCC for the first time! From the exotic surf jazz stylings of Gregory Walker and The Reverb Royale to the Kalama Polynesian Dancers’ audience dance-off, experience an island voyage through time with Queen Ka’ahumanu and defeat the cult of Kū. Multimedia theater, Hawaiian snacks and beverages galore: The Tiki Queen Commands You to Dance! You won’t want to miss the latest unique cultural fusion event created by Gregory Walker (JAMbalaya). With the Sheldon Sands Klezmer Consort and Special Guests

Back by popular demand after last year’s sell-out, Klezmania features an optional pre-show Chinese buffet (with vegan, dairy and nut-free options) followed by a rollicking klezmer concert with the area’s best musicians. Join the Boulder Klezmer Consort, with Sheldon Sands and special guests, for this festive evening of merriment. Woody Guthrie, who had a Jewish wife and wrote klezmer music, is the undisputed progenitor of folk music, as it came to be known in the late ‘50s when singers such as Dave Van Rock began to rule a cool new coffee house scene that Bob Dylan was about to blow wide open. Our concert will focus on these early years – the era of Pete Seeger and the Weavers – before Joni, Joan and Judy began singing for “fortunes and those velvet curtain calls.”

Somewhere Over the Rainbow: Immigrant Dreams and the American Musical

With Faye Nepon and Guests

The Jewish yearning for a homeland in “Amerike” found its way into many classic Broadway musicals, and some of our most beloved odes to America (including God Bless America) were penned by recent immigrants proudly proclaiming their national pride – and holding the land of the free to its promise.  This elucidated concert reveals how these newcomers shaped musical theater, and how they projected their personal visions and collective dreams for the land of the free on the American stage and screen.

The Music and Culture of Sephardic Spain

With Ana Alcaide and Sherefe

As a Spanish performer, composer and music producer who carries out research on ancient traditions and cultures, Ana Alcaide likes to compose new melodies in the ancient Sephardic language. She performs the traditional music of the Spanish-speaking Jewish communities dispersed by the expulsion from Spain in 1492. Ana will perform songs from Bulgaria, Turkey, Greece, and Morocco, as well as a few original compositions, accompanied by Boulder’s own band, Sherefe, and Sheldon Sands. With the Farabi Persian Ensemble One of the defining musicians of his generation, rhymin’ Simon recently performed his own Big Gig, performing hits from as early as his Simon & Garfunkel days through his solo records from 1972 to present. Expect the same, minus Paul Simon himself, as area musicians pay tribute to one of the most innovative, mature, and literate singer-songwriters of his era. His early music spoke to the concerns and uncertainties of a generation, and later focused on the personal rather than the larger world, but he also vastly expanded his musical palette, and helped introduce many rock and pop fans to world music.

Kathryn has spent her professional life writing about, teaching, and presenting the arts. Founding Director of the Boulder Jewish Film Festival, Kathryn was Director of Menorah and ACE at the Boulder JCC from 2003 through August, 2019. The former film and theater critic for the Boulder Daily Camera, Kathryn is the author of "The Fifty Greatest Jewish Movies" and "The Fifty Funniest Films of All Time." kathryn.bernheimer@gmail.com
Previous There Was A Crooked Man… Parshat Eikev
Next Doctors Without Borders to Reconstruct Refugee Camp on Pearl Street