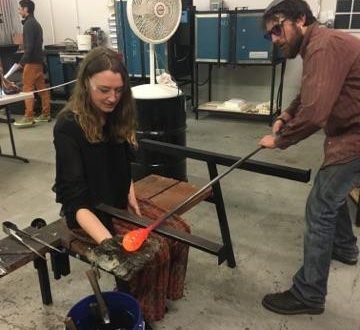 With the proposed oil pipeline construction in North Dakota rising to the National forefront recently, Moishe House Boulder was swift to take action. The pipeline, known as the Dakota Access Pipeline, is a 1,172-mile long underground oil pipeline project that travels from northwest North Dakota and ends at oil tank farms in Illinois.

The environmental concerns over the pipeline are immense, as it poses threats to the air, water, wildlife, and farming. In addition to the potential environmental hazards of bursting pipes, some of which have been catastrophic the recent memory, plans to build the pipeline below Lake Oahe, a sacred water source for the Standing Rock Soux Reservation.

In line with their pro-environmental views, Moishe House Boulder, a community building organization for Jewish young adults, held a “Where is the gas in glass?” open house at Fire glass-blowing studio in Denver. The event featured a walk-through, virtual exhibit that detailed the parallels between current Native American oppression and past oppression of the Jews that we learn about during Chanukah.

In addition to the exhibit, community members were able to make candles out of locally sourced bee’s wax and learn about the events at Standing Rock from an indigenous perspective, the impact that pipelines have on water sources from a local water expert, and the realities of oil and gas in our modern world from a pipeline worker in a diverse discussion panel.

Overall, the event drew a great crowd and everyone learned and grew together. It’s events like these that pull the community closer together, learning about the impact of our actions and the actions of our country. With pipeline construction being halted in a recent decision, we seem to have won the battle for now. 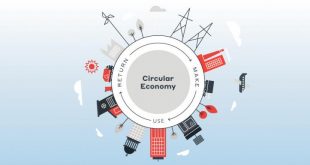 Save the Date: Celebrate SIPP! Your Gifts at Work