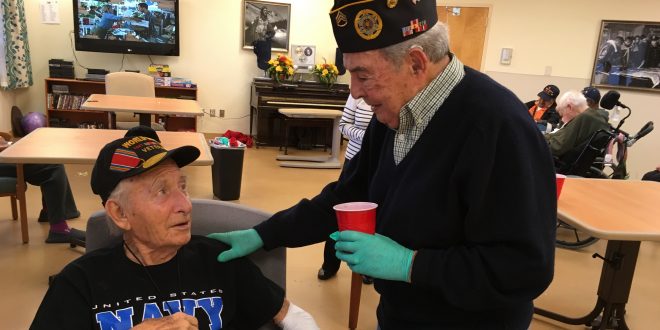 A recent study from the Department of Veterans’ Administration (VA) found that the daily number of American veterans who commit suicide has decreased from 22 to 20 a day- a small improvement, but a step in the right direction.  The leading cause of veteran suicide is Post Traumatic Stress Disorder (PTSD), a disorder where you have intense and sometimes disturbing thoughts about a traumatic event that can lead to severe psychological suffering.  It can be very common in veterans that have combat experience, and after almost two decades of fighting in Iraq and Afghanistan, we have a lot of veterans with combat experience and many with PTSD.

In a shocking discovery, researchers have also found that only 30 percent of PTSD treatments are effective.  With such a low success rate, it might leave you wondering what else we can do for our veterans.

When someone brings up treating veterans with PTSD, it is unlikely that the first thing that comes to mind is to look to the Jewish community for how it helped treat Holocaust survivors.  However, for those of us that come from families of Holocaust survivors, we know that Jews have a long history of treating PTSD even before the term came into use.  In fact, according to some researchers, the prevalence of PTSD in Holocaust survivors is somewhere between 46 and 55 percent, which is really high.  To give some comparison, the prevalence of PTSD in combat veterans in Vietnam is much lower, between 2 and 17 percent, and only 15 to 20 percent of Iraq and Afghanistan veterans meet the criteria to be diagnosed with PTSD.

As Jews, our long and rich track record in treating PTSD provides us lessons for treating our veterans today.  Jewish scholars found that survivors deal with their PTSD in 3 ways – some victimize themselves, some become defensive, while others numb themselves so that they could feel protected.  These behaviors can be somewhat helpful during the trauma, but they can create problems down the road.

One of the leading scholars in treating survivors during the post-Holocaust period was Viktor Frankl, who famously wrote A Man’s Search for Meaning.  Just by looking at that title, Viktor’s approach to treating traumatic events was to give everything meaning (also called logotherapy) – even their painful trials.  He would often talk to survivors – helping them discover their own reasons to live.

However, some survivors were reluctant to tell their stories, which might be because we did originally not want to hear their stories when they first got to America.  Survivors were told to move on, and they did.  They built families, found careers, and kept their experiences bottled up for a decade or more.    Meanwhile, they often experienced the nightmares and the intense flashbacks associated with PTSD, but once they did finally tell their family and friends, survivors reported a decreased number of symptoms and an increase in quality of life.

So what can be learned from the Jewish treatment of PTSD?  There are many veterans coming home who feel like no one wants to hear about their story, but we know that it is good for veterans to talk about what happened “over there.”  This is not only for our veterans.  We as Americans can bridge the military-civilian divide and make the wars in Iraq and Afghanistan a shared American experience.  In some ways, this can make our veterans feel less alone.

So, this Veteran’s Day, please invite your local veterans to come speak at your synagogue. Organizations, like the Jewish War Veterans of the U.S.A. or the JWB Jewish Chaplains Council, can help connect you with veterans in your area that can come speak to your synagogue, schools and other groups.  We owe it to our veterans to understand where they are coming from and to make them part of our community. Together, we can help them overcome their problems, and they can teach us about what it means to serve something greater than themselves.

They call me "NewsHound IV," because I'm a clever Finnegan, sniffing out stories all over the Boulder area. I love Jewish holidays because the food is GREAT, especially the brisket. Well all the food. I was a rescue pup and glad to be on the scent!
Previous Holocaust Survivors’ Stories Made Available Online in Sweden
Next Miss Israel 2013 to Speak at CU Boulder 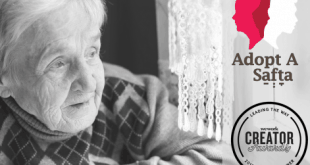