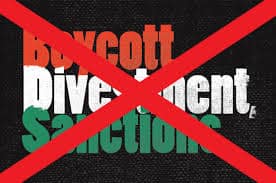 Washington, D.C., April 3 – The United States District Court for the District of Columbia (D.C.) has rejected efforts by the American Studies Association (ASA) to suppress a lawsuit filed against the Association by its own members challenging the ASA’s adoption of a boycott of all Israeli academic institutions.  The judge ruled in favor of the ASA professors in four out of six claims, and authorized the case to go forward.

According to the plaintiffs, the boycott adopted by ASA in December 2013 was a concerted effort by a small number of BDS activists, including founding members of the U.S. Campaign for the Academic and Cultural Boycott of Israel (USACBI), who abused their leadership positions in ASA to make anti-Israel activism the central focus of the Association. They charge that ASA’s activism breached its contractual duty to its members, and that the boycott was pushed through in violation of the ASA’s own rules governing how votes should be conducted.

“The Association suffered and its members suffered when a handful of zealots decided to push a personal, political agenda against one country,” stated Jerome Marcus, an attorney for the plaintiffs.  “We are very pleased that the D.C. Court recognizes that the law is violated by such a severe abuse of power and by the misuse of Association revenue, resources and membership dues.”

“This is an important victory, not only for our clients, but for everyone who is concerned about the anti-Semitic BDS movement and its deleterious impact on academic institutions,” stated Kenneth L. Marcus, president of the Louis D. Brandeis Center for Human Rights Under Law, which also represents the plaintiffs. “This decision will send a clear message about the need to resist unlawful BDS resolutions.”

After the lawsuit was filed in April 2016, the ASA called on the D.C. Court to dismiss all charges.  However, late Friday, the court ruled against the defendant’s argument for dismissal, and the case will move forward.  Specifically, the court ruled in favor of considering the plaintiff’s claims for waste, breach of contract and violation of the D.C. Nonprofit Corporation Act. The court recognized that the ASA may have misused members’ dues and Association resources, and failed to enact the resolution in accordance with ASA bylaws that require affirmative votes of two-thirds of voting members on the first full day of the meeting.

“The circumstances of the ASA’s purported adoption of an anti-Israel BDS resolution are deeply shocking,” stated Harvard University Law Professor Jesse Fried who served as an expert adviser to the litigation team representing the plaintiffs. “The purpose of the ASA, like other academic organizations is to promote scholarship, teaching, and the exchange of ideas.  A handful of insiders at the ASA decided to use their power and the ASA’s resources—that is, other people’s money—to flip this purpose on its head and turn the ASA into a vehicle for selectively impeding scholarship, teaching, and the exchange of ideas. The insiders then claimed victory even though fewer than 20% of members expressly approved the BDS resolution, in a vote marred by alleged manipulation and procedural irregularities. I applaud the plaintiffs for bringing this much-needed lawsuit to restore the ASA to its proper purpose, and am extremely pleased that Judge Rudolph Contreras is letting plaintiffs proceed with most of their claims.”

In addition, the court flat out rejected ASA’s attempt to hide behind the First Amendment, finding a favorable ruling would not infringe on First Amendment rights.  Specifically, the court agreed with the plaintiffs’ argument that defendants “voluntarily assumed certain obligations toward the ASA when they took on leadership positions within the organization, and they violated those obligations through their roles in passage of the boycott resolution.”  The court went on to say that “Individual Defendants voluntarily assumed roles where their right to expression would be limited by bylaws, the common law and statute.”  The case will now move to the discovery phase of the trial.

“The D.C. Court held for a principle that is basic corporate law,” stated University of California Berkeley Law School Professor Steven Davidoff Solomon, an expert adviser to the plaintiffs.  “The First Amendment does not give license to override a company’s organizational documents agreed to by its members.  Instead, like an organization, a non-profit is a creature of its organizational documents and must follow them in all it does.”

The judge did dismiss the plaintiffs’ ultra vires claim which charged that the boycott of another country is outside the scope of ASA’s charter. The plaintiffs are evaluating the Court’s decision with respect to this aspect of their claims. “While we are disappointed with the court on the ultra vires claim, that part of the lawsuit is not necessary in demonstrating that ASA’s boycott is unquestionably unlawful,” stated Kenneth L. Marcus.

The four plaintiffs are American studies professors Simon Bronner, Michael Rockland, Michael Barton, and Charles Kupfer. Two are recipients of the ASA award for outstanding abilities and achievement.  One is a founding member of a respected American Studies department and another is a member of ASA’s governing council and the editor of the Encyclopedia of American Studies.  After numerous unsuccessful attempts since 2013 to address the matter within the Association, the professors filed this suit as a last resort to return the ASA to the academically-focused organization it had been for 60 years.

The lawsuit alleges ASA is in violation of the D.C. Non-Profit Corporation Act. In addition to violating DC law, the lawsuit reveals the defendants attempted to prevent informed discourse. In fact, no research performed with scholarly vigor was presented and the ASA refused to circulate or post to the ASA’s website several letters opposing the resolution, including one signed by approximately 70 ASA members and another opposing the resolution from eight former ASA presidents.

“This boycott has nothing to do with human rights: the ASA has not even as much as considered boycotting any country for their human rights record. That they only do for the Jewish State,” stated Northwestern Pritzker Law School Professor Eugene Kontorovich.

Since the filing of the ASA lawsuit, the American Anthropological Association and the Modern Language Association have both backed down from passing boycott measures.

“Today’s victory is much bigger than merely the ASA,” added Kenneth L. Marcus.  “When the MLA attempted a boycott vote, this case was cited, by those on both sides of the issue, as one of the reasons the resolution was defeated.  Academic activists are beginning to think twice before adopting anti-Semitic and unlawful policies that undermine the pillars of higher education.”

They call me "NewsHound IV," because I'm a clever Finnegan, sniffing out stories all over the Boulder area. I love Jewish holidays because the food is GREAT, especially the brisket. Well all the food. I was a rescue pup and glad to be on the scent!
Previous Weekly Edition: April 7th, 2017
Next Don’t Panic, Keep Calm and Clean On: Sell Your Chametz