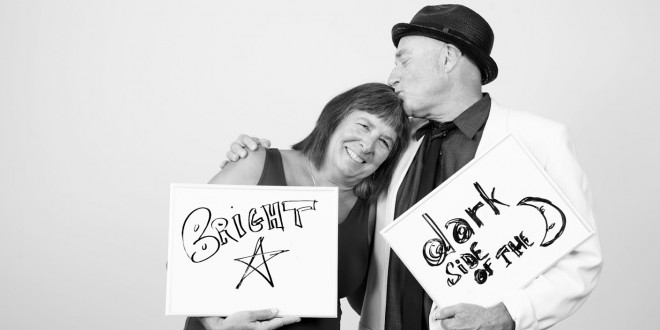 Reflections 2016: Honoring a Lifetime of Devotion

Editors note: This is a companion piece to the article posted last Thursday: Julie and Bruce Shaffer Honorees at Boulder JCC’s 2016 Reflections.

Bruce and Julie Shaffer appear effortlessly devoted to each other, yet somehow have enough love left over to lavish on their other passions. Julie’s affections have almost entirely been directed at the Jewish community, locally and globally. While Bruce’s interests increasingly led him to Israel, Julie’s roots grew even deeper in Boulder, where her career and life were centered. As executive director of Oreg Foundation, she has spearheaded the new JCC project literally from inception. She helped gather the first working committee that began to scheme and dream of a Jewish community campus in 1995. Ideas, energy, enthusiasm, skills and even some financial assets were not lacking. But sometimes it takes a long time for a kettle to boil, and requires someone to watch the pot as the right ingredients are added and ideas simmer. In this case, Boulder’s lay leaders started to create a solid foundation for the new building project. Leadership emerged in the form of staff and volunteers. Organizational structure was set in place. Funders stepped up with astounding generosity. Bruce, too, has given heart and soul to the Boulder Jewish community. His passion for Israel has built over the years, and in recent years – with children grown, a long and happy marriage, and stepping back from a longtime law career – Bruce was increasingly drawn to the Jewish homeland. The founder of B’Yahad: the Israel Center at the Boulder JCC , in 2003, Bruce had dedicated years cultivating relationships with individuals and organizations sharing his convictions and broadening our understanding of a challenging land. His roots were in Boulder, but his branches began to bend to the Israeli sun.

Julie and Bruce had a difficult decision to make about where to live. They loved the mountain home where they raised their three children. They loved the community shaped by their creativity and personal investment. Lovers of music, learning and initiatives reinvigorating the Jewish world, the Shaffers were bound to be around whenever something interesting was happening at the JCC or around the community.  Bruce had become an accomplished photographer, a passion he continues to pursue.

Julie has been the person watching and stirring the new JCC pot, just as she had for the JCC that opened on Kalmia in 2000. No one deserves to be prouder of the new Boulder JCC than Julie. And no one is prouder of Julie than Bruce. That is clear at every moment. I recall a specific moment, however, so sweet it stands out in my memory more than a decade later. Bruce, along with Julie, had worked to bring to Boulder the rescue squad from the Negev, which enjoyed a sister city relationship with JEWISHcolorado. There was a lovely mountainside party welcoming these brave Israeli s and kindred spirits here to train with Boulder’s finest mountain rescue team. Bruce, as the collaborative event organizer, raised his glass for a toast. He welcomed his guests and his sponsors with his usual graceful wit. Then, turning to Julie, he raised his glass and looked at his wife. “To Julie,” he said with the sly smile of a man who has rehearsed what he knows is a great line. “To Julie, who saves my life every day.” As this anecdote reveals, Bruce has spent many years slowly transitioning to dual residency. Geographically, he now divides his time between Boulder and Jerusalem, but his heart has only one home. Nothing has ever stopped the Shaffers from making things work. That is in their nature. They identify needs in their community and beyond and they fill them. They enjoy finding solutions. They are open to new ideas and innovative about disseminating them. They possess the key human qualities of curiosity and good will – qualities that so often lead to personal success. This mixture of an inventive “fix-it” mindset and obviously genuine warmth has certainly earned them the appreciation reflected in their status as Bright Stars.

Kathryn has spent her professional life writing about, teaching, and presenting the arts. Founding Director of the Boulder Jewish Film Festival, Kathryn was Director of Menorah and ACE at the Boulder JCC from 2003 through August, 2019. The former film and theater critic for the Boulder Daily Camera, Kathryn is the author of "The Fifty Greatest Jewish Movies" and "The Fifty Funniest Films of All Time." kathryn.bernheimer@gmail.com
Previous HHS Offers Three Extraordinary Stories of Inclusion for JDAIM
Next Celebrating Leonard Cohen