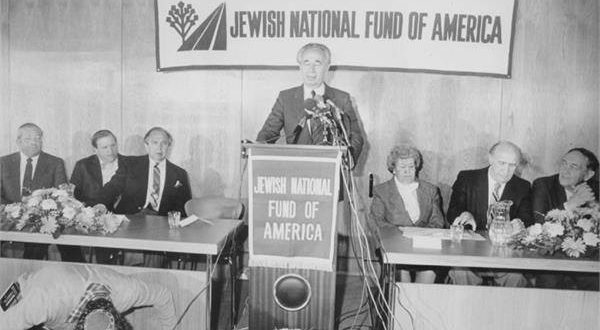 Jewish National Fund (JNF) mourns the loss of Israeli pioneer, visionary figure, former prime minister, and former President of Israel Shimon Peres z’’l. The veteran statesman passed away in Tel Aviv at the age of 93 surrounded by family and loved ones.

“Shimon Peres represented the history and the impact Zionism has on all our lives. Through his vision and hard work, we realized the dream of establishing the modern State of Israel,” said JNF President Jeffrey E. Levine. “All of us at JNF and around the world have lost a true icon, yet we commit to his memory to carry the dream forward.”

One of the last surviving pillars of Israel’s founding generation, Shimon Peres was born in Poland in 1923, made aliyah in 1934, and was a key figure in the Israeli State’s leadership for more than 50 years. Throughout his life, Peres dedicated himself to ensuring the prosperity and success of the State of Israel as the eternal homeland of the Jewish people. In addition to a distinguished military career, Peres served Israel in many capacities including as a member of the Israeli Knesset, Minister of Foreign Affairs, the first Minister of the Negev and Galil, twice as Prime Minister, and from 2007-2014 as President. In 1994, Peres, along with former Israeli Prime Minister Yitzhak Rabin, was awarded the Noble Peace Prize.

Peres and JNF enjoyed a long relationship and he was a presenter of JNF’s Tree of Life Award™ and received JNF’s highest recognition, the Shalom Peace Award, for his unwavering support and commitment to ensuring a bright and secure future for the land and people of Israel.

Since 1901, JNF has been the leading Jewish and Zionist organization in planting over 250 million trees in Israel. To honor former Israeli President Shimon Peres, Jewish National Fund will establish a forest in Israel in his memory. To plant a tree or to make a donation in honor of Shimon Peres, click here.

Previous The Basement: A Contemplative Shabbat Experience on October 7th
Next Opportunities for Jewish Buffs 10/2