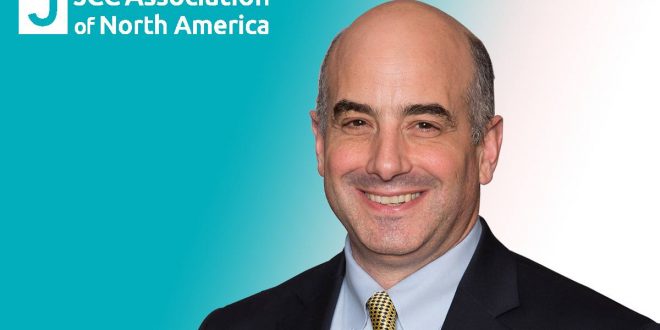 NEW YORK – JCC Association of North America today announced that the head of the American fundraising arm of Ben-Gurion University of the Negev will become its next president and CEO. Doron Krakow, who has more than 25 years of experience leading and fundraising for Jewish communal organizations in North America and Israel, takes the helm of JCC Association as it enters its centennial year leading and convening the JCC Movement.

The New York-based JCC Association is the leadership network and central agency of JCCs, YM-YWHAs (Young Men’s and Young Women’s Hebrew Associations), and affiliated day and overnight camps across the United States and Canada. Krakow’s selection by JCC Association’s board of directors today was the result of a several months long search process organized by DRG Executive Search. Krakow will join JCC Association this spring.

Ronald Leibow, a JCC Association board member and vice chair who served as chair of the Association’s search committee, said, “Doron Krakow is the ideal CEO for JCC Association because he has dedicated his career to strengthening Jewish life both in North America and in Israel, exploring the American Jewish community from numerous facets: programming for youth and young adults, fundraising, and the federation world.

“Doron shares the JCC Movement’s values while also offering a fresh perspective that will serve to further strengthen our network of local JCCs, camps and affiliates—and in turn, positively impact the lives of the millions of people who spend time in JCCs and camps every year.”

Born in the Bronx and raised in Teaneck, N.J., Krakow has built his career in the Jewish community. As executive vice president of American Associates, Ben-Gurion University of the Negev (AABGU), Krakow leads the national U.S.-based organization which provides the principal source of philanthropic revenue for BGU. His tenure with AABGU has included the realization of the largest charitable gift in the history of the State of Israel, which is also one of the largest charitable gifts ever made to a university anywhere, a $400 million estate gift from the late Howard and Lottie Marcus of California. He also oversaw an increase in average annual AABGU fundraising revenue from $25 million to $40 million.

Previously, Krakow served as senior vice president, Israel and overseas programs, at United Jewish Communities (now the Jewish Federations of North America), for which he managed and directed development and implementation of the Jewish philanthropic community’s strategic agenda in Israel and across the globe.

And as national director of Young Judaea before that, he oversaw that youth movement’s summer camps, youth groups, and Israel and university programs. During his tenure, participation in Israel Experience programs grew by 500 percent, creating the then-largest Israel programs operation in North America, bringing more than 2,000 young people to Israel each year. University student participation grew by more than tenfold, and overall camp registration by more than 50 percent.

He earned an MBA from Cornell University, and a bachelor’s degree in economics from Rutgers University.

Krakow lives in Tenafly, N.J. with his wife and three sons, where they are longstanding members of the Kaplen JCC on the Palisades. They are members of Congregation Beth Sholom in Teaneck, and Krakow serves on the board of Friends of Israel Scouts.

“I’m honored and humbled to accept this position and embark on an exciting new journey with an organization that truly drives innovation across Jewish communities all over the United States and Canada,” Doron Krakow said. “I am looking forward to working with JCC Association staff and leadership, as well as the professionals at JCCs large and small across the continent to convene the best minds and the best practices in Jewish community programming and organizational life. JCC Association has the opportunity to play a significant unifying role not just in the Jewish community, but for all those who benefit from all that JCCs have to offer.”

From its New York headquarters, and JCC Israel Center in Jerusalem, JCC Association of North America creates a vibrant, interconnected network, and offers a wide range of services and resources to enable its affiliates to provide educational, cultural and recreational programs that enhance the lives of North American Jewry.

Alan Gill, CEO of the American Joint Distribution Committee, shared, “From his decades in the Jewish communal world, working on behalf of both the American Jewish community and Israel, Doron Krakow has a keen understanding of what’s important to individuals, families, and organizations in Jewish communities. He comes to JCC Association with a unique perception of and major success in Jewish organizational leadership, combining passion for the cause with a business-like approach to management. That and Doron’s very personable style of leadership is a great match for JCC Association and the JCCs its serves.”

Added Stephen P. Seiden, JCC Association board chair, “We are thrilled to welcome Doron on board. His transition to JCC Association’s leadership marks an exciting new chapter for our organization – and for JCCs everywhere. Doron is a forward thinker who has a nuanced understanding of the priorities of today’s American Jewish community, and what role JCC Association can and should play in its future.”

Jonathan Lev, Executive Director of the Boulder JCC, added, “As a member of the JCC Association, we are thrilled to welcome Doron Krakow as the new President and CEO. We look forward to working this him to bring the JCC Association into a new era and guide our community into the future.”

ABOUT JCC ASSOCIATION OF NORTH AMERICA:
JCC Association of North America strengthens and leads JCCs, YM-YWHAs and camps throughout North America. As the convening organization, JCC Association partners with JCCs to bring together the collective power and knowledge of the JCC Movement. JCC Association offers services and resources to increase the effectiveness of JCCs as they provide community engagement and educational, cultural, social, recreational, and Jewish identity building programs to enhance Jewish life throughout North America. By supporting the 25,000 Jewish communal professionals who connect with two million JCC participants each year—JCC Association encourages engaged lives of purpose and meaning. Learn more at jcca.org, on Facebook and on Twitter at @JCCA

Jonathan Lev, MPA, joined the Boulder JCC as Executive Director in 2010. He is a passionate educator and entrepreneur who combines his experience at Jewish summer camp and involvement with the startup of Boulder based Renewable Choice Energy to influence his leadership as a nonprofit executive and Jewish professional. He was certified as high school teacher and Summa Cum Laude graduate from the University of Colorado in Boulder. For more than six years, Jonathan was a leader in the field of Jewish summer camp where he worked to enhance the level of supervision and mentorship for both campers and staff through innovative summer and year-round trainings. In 2007, Jonathan continued his studies and was selected as a Taub Fellow at New York University in the dual-master’s degree program for a Master in Public Administration in Nonprofit Management and Master in Hebrew and Judaic Studies. Since starting his role in 2010 at the Boulder JCC, Jonathan has led the community's $30M capital campaign to build a new JCC campus, which opened in summer 2016. He speaks regularly about making philanthropy fun and the role that inter-generational giving has on creating a legacy. Outside of work, he and his wife, Lyndsay, and their daughters, Mira and Susanna, can be found hiking, skiing, practicing yoga, listening to music, and planning their next great adventure. Follow him @jonathanlev on twitter.
Previous Renowned Political Advisor Brings Dynamic Workshop to Israeli Students at AMHSI
Next Celebrate 1st Day of Chanukah with Chinese Buffet and Bowling 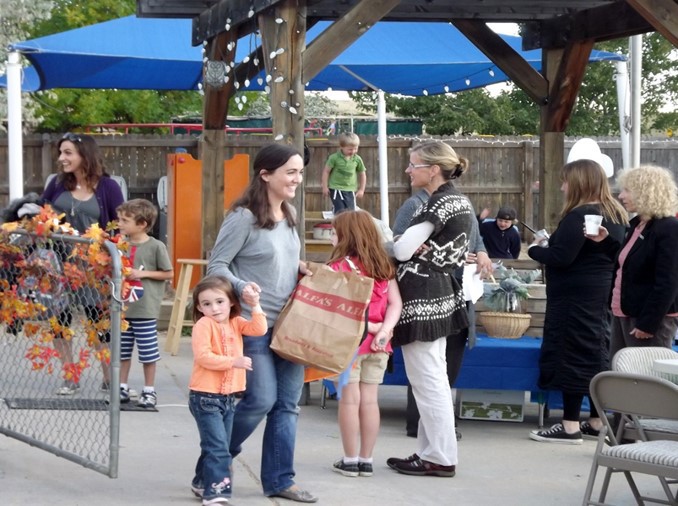