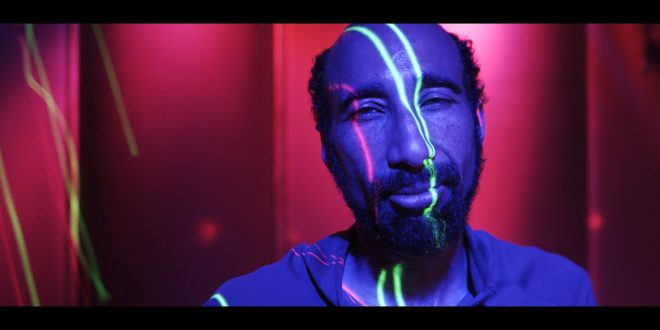 JAMbalaya: More Than a Concert

Kathryn Bernheimer October 26, 2016 Arts & Culture Comments Off on JAMbalaya: More Than a Concert “This is not your grandma’s Mardi Gras,” Gregory Walker says of JAMbalaya, the concert and more that opens the Music and More Festival at the J.(CLICK HERE FOR $18 TICKETS)

The Sunday, October 30th “concert-plus” falls close to Halloween, and has some of the same spirit. Think voodoo, steamy swamps, hot music coming from a roadside shack. Imagine Congo Square in New Orleans, where slaves were bought and sold, fortunes made and lives undone. A Babel of languages, a place reeking with the stench of fear, a blur of sounds syncopated with the bullwhip snap of greed.

It is this New Orleans that served as the inspiration for JAMbalaya, which is Walker’s latest brainchild.

“The Colorado NeXt Music Fest is basically a musical circus that’s now in its third year and city (…they’ll never take me alive!),” Walker jokes. “My master plan has been to introduce local communities to forward-thinking artists who defy expectation – then mash them up until they’re more than the sum of their parts.” “Co-producer Adam Sloat, who lived and worked in New Orleans for years, came up with our Congo Square theme.  I was duly impressed because of the wild disparity of musical influences experienced by the black slaves who congregated at New Orleans’ Congo Square in the 18th Century.  Dance and drumming from across the African diaspora, the classical violin of their French captors, all leading to Jazz, Cajun and Zydeco styles.  It’s a pretty perfect analogy for what people are capable of when we allow ourselves to simply listen to our so-called adversaries.”

“Though I have a standard-issue classical violin background that came in handy during all those years as concertmaster of the Boulder Philharmonic, since that time I’ve been messing around with other styles and technologies.  One of the tunes I’ll be playing next Sunday, Gris-Gris Man for VJ Violin, is going to get its Asian premiere at the NWEAMO Festival in Tokyo next month.” Walker admits that it is hard to describe JAMbalaya, which features three dance ensembles, including Maputo Mensah, a master drummer, dancer, and storyteller who is passionate about sharing the art and culture of Ghana.  The scenery being designed features moss and twinkling fireflies. Children from the afternoon workshop will meld into the show. One special moment features a solo interpretive dancer and violinist on stage in the fog.

The evening comes to its rousing conclusion with Terrance Simien, a two-time Grammy winner and long-time Zydeco sensation. The production is under the complete artistic control of Walker and Sloat, and there is no Jewish theme. It is nonetheless a fitting program for ACE, which always explores the intersection of art, culture and history. This time, Congo Square provides the impetus for pondering a terrifying cultural collision that sparked the imagination of artists who would express our hopes for a better world.

For more information about Gregory Walker, who teaches music at CU Denver, was concert master of the Boulder Phil for 25 years, and toured with Lyle Lovett, CLICK HERE.

Kathryn has spent her professional life writing about, teaching, and presenting the arts. Founding Director of the Boulder Jewish Film Festival, Kathryn was Director of Menorah and ACE at the Boulder JCC from 2003 through August, 2019. The former film and theater critic for the Boulder Daily Camera, Kathryn is the author of "The Fifty Greatest Jewish Movies" and "The Fifty Funniest Films of All Time." kathryn.bernheimer@gmail.com
Previous Chabad of NW Metro Denver Announces a Second Appearance: “Behind Enemy Lines: An Evening with Marthe Cohn”
Next Shabbat Nugget: Parashat Bereshit