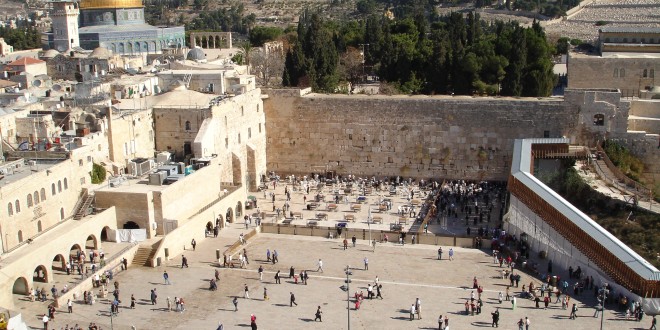 "Westernwall2" by Golasso - Own work. Licensed under GFDL via Commons

We applaud Israel’s historic decision to create a permanent egalitarian prayer space at the Western Wall. The Cabinet’s approval Sunday of the new space is a dramatic, unprecedented and critical acknowledgement by the State of Israel that Judaism’s holiest site — the Kotel — should incorporate the traditions of the Masorti (Conservative) and Reform streams, in which men and women pray together.

The new prayer space will be jointly governed by a new body that will include Women of the Wall and the Masorti and Reform movements and will be led by the Chair of the Executive of The Jewish Agency for Israel.

The decision sends a powerful message to Israelis and Jews across the Diaspora about the permanent value of Jewish pluralism and about what we can do when we work together. Though much work regarding the implementation of this decision still remains, it is because of our perseverance and commitment to Jewish peoplehood that we are measurably closer today to the ultimate symbol of that reality — one Wall for one people.

We are grateful to Women of the Wall and Anat Hoffman, who spent 27 years working toward this moment in our collective history. Without their efforts this historic achievement would not have been realized. The role of Jewish Agency Chairman of the Executive Natan Sharansky also cannot be overstated. We thank Israeli Cabinet Secretary Avichai Mandelblit and Prime Minister Benjamin Netanyahu.

They call me "NewsHound IV," because I'm a clever Finnegan, sniffing out stories all over the Boulder area. I love Jewish holidays because the food is GREAT, especially the brisket. Well all the food. I was a rescue pup and glad to be on the scent!
Previous Celebrating Leonard Cohen
Next A Shabbat Nugget: Parashat Mishpatim