Welcome back to the Boulder Jewish Film Festival!

As we enter the Boulder Jewish Film Festival’s fourth year, Menorah is excited to report a number of new programs and events. Each year we have been able to keep up with audience demand by offering more components in order to assure the best audience experience.

We know you will be pleased by these improvements and our expanded offerings. We look forward to seeing you in March – and before.

Tickets go on sale at thedairy.org on February 1. Tickets are $12 in advance, $15 at the door based on availability, unless otherwise noted.

Early Bird Special: Buy a “10-Pack” for $100. Feb 1-14 only. The pack includes 10 tickets to all films except our three special events – Opening, Closing and Centerpiece. Reservations for individual films must be made. Tickets: $12 in advance/$15 at the door based on availability

Israel’s Place in World Cinema: Evolution and Revolution
With Ganit Ilouz and Michael Kagan
Moderated by Kathryn Bernheimer
Monday, March 14, 1:30
In the Boedecker Theater
No charge In the Gordon Gamm Theater
Reception with the director follows the film
TICKETS: $18

This tender and tough Israeli film about a beloved Muslim teacher in a Jewish school brings great sensitivity to the story of two clashing cultures struggling to work in harmony.

“To the viewer outside Israel, it seems like a potentially happy co-existence between Muslims and Jews, despite the complicated political situation. But no more than 20 minutes into the film, as viewers witness the first of many selective memorial ceremonies – reality bites hard.” – +972 Magazine

Preceded by “The Seder” (12 minutes), a comedic gem about a gay man who decides to “come out” at Passover. Predicted to be the festival’s most crowd-pleasing film, this tantalizing taste of the American deli casts a “rye” eye the dying art of this culinary tradition, and one extraordinary man doing his best to keep it alive. Warning: This film will make you hungry and nostalgic.

“Like a fat slab of pastrami, “Deli Man” is the cinematic equivalent of comfort food: warm, generous and made with love.” – Washington Post In the Gordon Gamm Theater
Followed by a Dessert Reception and Music with Sheldon Sands and Friends
TICKETS: $18

Taking its cue from Boulder, this engaging comic drama focuses on an unlikely alliance between an Israeli baker (Jonathan Pryce), and his young Muslim helper, who helps revitalize the business by adding marijuana to their baked goods. Opening night of the San Francisco Jewish Film Festival. Jack Kagan’s participation in a daring mass escape from a Nazi concentration camp is the subject of this probing new documentary produced by the Holocaust survivor’s son, who adds another daring story of survival to the history of the Holocaust.

“The film is inspirational, it takes you on a journey back into the dark times of the Second World War and connects new generations to one of the bravest acts of escape and survival ever told.”  – Diane Lees, Director General Imperial War Museums London, UK Based on the beloved children’s book, our family film is a scenic and suspenseful adventure set in the French Alps during WW II, where a young boy befriends a wild dog and together they foil a Nazi effort to capture the French resistance fighters smuggling Jews across the border. France’s second top-grossing film of 2014.

“You don’t really see many films like this anymore, there’s no whiz bangery, just a very simple story beautifully filmed.” – At the Movies This German drama divulges the true story of an unsung Schindler, a factory owner who hid Jewish employees from the Gestapo, and went to great lengths to save one beloved young woman – all despite the fact that he was blind.
CARVALHO’S JOURNEY with director Steve Rivo in person
Monday, March 14, 7 pm Director Steve Rivo appears in person with his visually stunning look at a little-known Sephardic Jewish photographer and accidental explorer who made his way through Colorado 150 years ago capturing the expedition’s discoveries. Celebrated Yiddish-American novelist Isaac Bashevis Singer worked with a harem of female translators and collaborators, from whom he drew inspiration and sometimes love. Director Laura Bialis sets out to explore the thriving music scene in Sderot, and becomes intimately involved with the community under fire, in this jolting documentary about resilience and resistance.

“You don’t need to be a music fan to enjoy and feel touched by Rock in the Red Zone. It provides a powerful snapshot of the “real” Israel that shies away from politics but unflinchingly focuses on the effects of politics on the lives of people viewers can’t avoid feeling connected to.” The Jerusalem Post The Jewish contribution to the African Americans’ struggle for equality is the focus of this tribute to the inspirational life of philanthropist, civil rights activist, and retail innovator Julius Rosenwald. Based in part on “You Need a Schoolhouse: Booker T. Washington, Julius Rosenwald and the Building of Schools for the Segregated South” by author and Rosenwald family member Stephanie Deutsch.

Nominated for three Israeli Academy Awards, this heartwarming drama traces the journey of a Sephardic Orthodox woman in Israel who flees the prospect of an arranged marriage and finds happiness as a kibbutznik.

“Well acted, perfectly paced, with wonderful depth of characters, “Apples from the Desert” draws the audience into the complex emotions and inner conflicts of Rivkah as well as those of both her mother and father.” San Diego Jewish World

RABIN IN HIS OWN WORDS
Thursday, March 17, 3 pm As the recent 20th anniversary of the assassination of Itzak Rabin elicited a flood of articles wondering what would have happened had he lived, this thoughtful film examines the impact of Rabin’s life and untimely, tragic death. A remarkably candid and sensitive portrayal, told in his own words, supplemented with home movies, news footage and stills illustrating his life and times. From opposition to the Armenian genocide to the battle against racism in current day New York, three generations of the famed Morgenthau family fought tirelessly for justice for all people. The Denver Jewish Film Festival’s Centerpiece event. An aging Holocaust survivor, evicted from her apartment, forms an unlikely relationship with a young German man with his own problems in this uplifting drama about the power of love and compassion. Starring the grande dame of German cinema, Hannelore Eisner, and German actor Max Reimelt, one of the most acclaimed young stars of international films. Music proves its power this vibrant portrait of Israeli superstar David Broza and his inspirational collaboration with a group of Arab-Israeli musicians. The opening night film of the Denver Jewish Film Festival.

THE SEARCH FOR ISRAELI CUISINE with Skype Interview with Michael Solomonov The story of Israel is told through its food, capturing the very essence of the culinary experience in the Jewish homeland – including the early and ardent pioneers of the farm-to-table movement. The closing night for both the Miami and the Atlanta Jewish film festivals. Soviet-American writer and director David Bezmozgis casts a cynical eye on American culture in this unsettling coming-of-age tale based on his acclaimed short story.

“Bezmozgis writes with subtlety and control, rendering the immigrant experience with powerful specificity of character, place and history… the strength lies in how Bezmozgis layers the specifics of Russian-Jewish experience with universal childhood and adolescent dilemmas.” – BookPage The Golden Globe winner for foreign film is a staggering experience that redefines the Holocaust film genre. Filmed in unrelenting close-up in what appears to be a single take, the film plunges the viewer into the horror and chaos of Auschwitz, where a Sonderkommando embarks on an impossible quest. Academy Award nominee for best foreign film.

Kathryn has spent her professional life writing about, teaching, and presenting the arts. Founding Director of the Boulder Jewish Film Festival, Kathryn was Director of Menorah and ACE at the Boulder JCC from 2003 through August, 2019. The former film and theater critic for the Boulder Daily Camera, Kathryn is the author of "The Fifty Greatest Jewish Movies" and "The Fifty Funniest Films of All Time." kathryn.bernheimer@gmail.com
Previous Last Minute Addition: Son Of Saul
Next Week in Review: January 15th, 2016 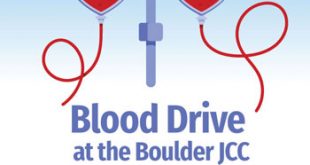 Statement on Israel and Rising Anti-Semitism from the Boulder JCC

It’s a blessing to get to see people move through life, operating in all the …