Rabbi Marc Soloway April 23, 2015 Guests and Blogs Comments Off on Give Israel the Gift of Sustainability on Her Birthday

As we celebrate the 67th year of Israel’s independence, let’s all take some action and give her a green birthday gift! Did you know that Jews all over the world can vote in an election that can influence policy in Israel? The deadline for voting in the 37th World Zionist Congress election is coming up really soon on April 30th and the Congress will meet in Jerusalem in October. I am proud to be on the slate for the Green Zionist Alliance and I invite you to vote for a greener Israel.

Issues of the environment are vital in Israel and the region, with quality of air and water, delicate eco-systems, climate change and land use all so important for a sustainable future.

An election has started that gives you a chance to have a say about Israel’s environmental future. While most Jews are unaware of it, they are entitled to a voice on Israel’s future. That voice is the World Zionist Congress, which meets every four years in Jerusalem with the mandate to fund programs and create policies that will help achieve the goals of the Jewish People. If you are Jewish and over 18 years of age, you can make your voice heard by voting, which ends on April 30. Every Jewish person over age 18 is entitled to vote for the slate of his or her choice. As with the first Zionist Congress held in 1897, there is a nominal charge to vote ($5 for persons under the age of 30 and $10 for those above the age of 30). The charge is used to defray the costs of the election.

The United States will field 145 delegates who represent a variety of political organizations. My slate is called Green Israel, which includes Ayztim – Ecological Judaism, the Green Zionist Alliance, Jewcology.org, and Shomrei Breishit. We are focused on taking action to protect Israel’s environment, increase the country’s use of renewable energy, and to help Israel become a global leader in sustainable practice.

The Green Zionist Alliance (GZA) had been the first environmental group ever to participate in the World Zionist Congress. Now Green Israel, which has become the umbrella slate for Aytzim, the GZA and our other Jewish environmental partners, has been embraced by all streams of the Zionist movement — left to right, secular to religious, Reform to Orthodox. From the early Zionist pioneers to Israel’s modern environmental, water-saving, and renewable energy technologies, ecological sustainability has been a fundamental tenet of Zionism. Those who love the land of Israel must work to protect it. Much of Israel’s environmental work is in projects that are also about co-existence and grass roots peace building. Voting for the Green Israel slate will help ensure that environmental sustainability stays at the forefront of Israel’s future.  Here is the full slate for GZA and here are all the slates for this important election.

Marc is a native of London, England where he was an actor and practitioner of complimentary medicine before training as a rabbi in London, Jerusalem and Los Angeles. He was ordained at the Ziegler School of Rabbinical Studies at the American Jewish University in 2004 and has been the the spiritual leader at Bonai Shalom in Boulder ever since. Marc was a close student of Rabbi Zalman Schechter Shalomi and received an additional smicha (rabbinic ordination) from him in 2014, just two months before he died. He has been the host and narrator of two documentary films shown on PBS; A Fire in the Forest: In Search of the Baal Shem Tov and Treasure under the Bridge: Pilgrimage to the Hasidic Masters of Ukraine. Marc is a graduate of the Institute of Jewish Spirituality, a fellow of Rabbis Without Borders, has traveled to Ghana in a rabbinic delegation with American Jewish World Service and co-chair of the Rabbinical Council and national board member of Hazon, which strives to create more sustainable Jewish communities. In 2015, Marc was among a group of 12 faith leaders honored at The White House as “Champions of Change” for work on the climate. Marc is a proud member of Beit Izim, Boulder’s Jewish goat milking co-op.
Previous The Gravity of Slandering
Next Movies, Movies and More Movies 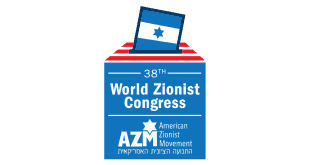 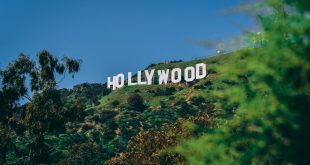 Rabbi Charlie Cytron-Walker needs to suspend his job search for a new pulpit. Instead, he must find a literary agent – if none of them have found him yet – and publish a book recounting his background and the 11 hours that Malik Faisal Akram held him hostage at Congregation Beth Israel in Colleyville, Texas on January 15.

Is it just a coincidence that year in and year out "The Protocols of the Elders of Zion," a  forgery about Jewish power, remains a best seller in Muslim bookstores throughout the world?