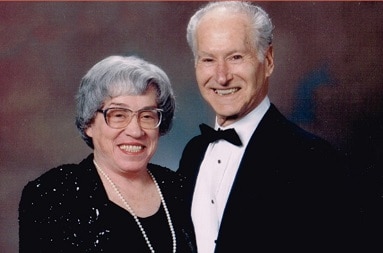 On March 26th, Chabad of NW Metro Denver, founded and directed by Rabbi Benjy and Mrs. Leah Brackman, will be celebrating its twelfth year of building community in Westminster and surrounding cities. To celebrate this milestone a gala event will take place at Noah’s Event Center in Westminster at 6:30 pm.

Headlining the event will be comedian Avi Liberman from Los Angeles. Avi is renowned for his stand-up comedy performances on CBS’s “Late Late Show” with Craig Ferguson on Comedy Central’s “Premium Blend” and “Make Me Laugh” as well as NBC’s “Friday Night!”

Various auctions will also be held and heavy hors d’oeuvres and beverages will be served.

But perhaps what Rabbi and Mrs. Brackman are most known for is their passion for teaching and their non-judgmental approach to their congregation and community.

The event has been made possible through the generous sponsorship of Susan Schaffner in honor of her late parents, long-time Westminster residents Mike and Charlotte Schaffner.

The Schaffners were one of the earliest Jewish families in Westminster. Mike was a successful businessman who opened a gasoline station in 1955 that eventually grew into the Peerless Tire Company. Mike was also one of the founding members of the Westminster Rotary club.

Charlotte was a brilliant and accomplished woman who worked as a bacteriologist at National Jewish Hospital and helped the doctors develop the TB vaccine in the early 1950’s. Charlotte was tenacious in her unwavering support of family and friends and in her many charitable causes. Charlotte passed away in 2008 and Mike in 2014. They were preceded in death by their beloved son Bill. At the event Susan will be announcing a  very special plan to honor her parents’ memory, and continue their tradition of supporting the community.

There is a cost to attend the event. For more information or to make reservations see  www.COJewish.com/auction  or call  720-984-5805 .