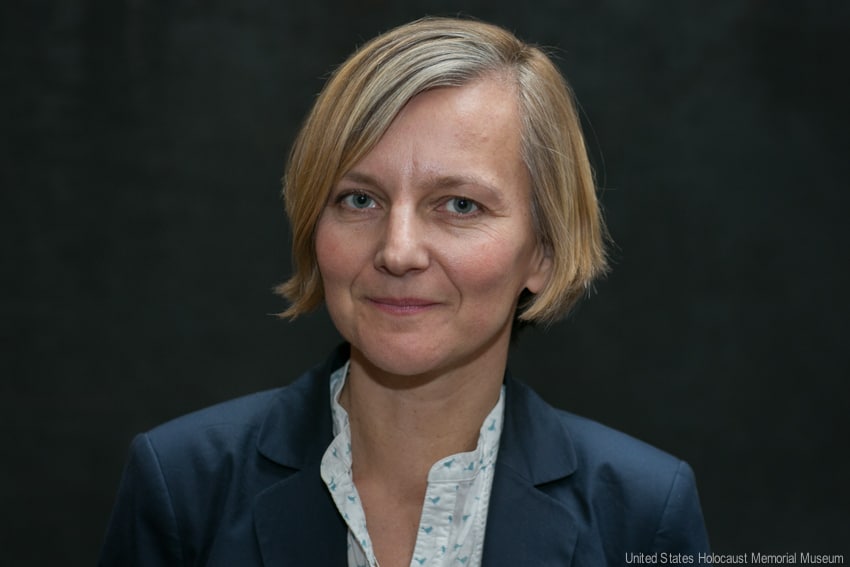 US Holocaust Memorial Museum Fellow to Speak at CU

The Program in Jewish Studies and the Department of Germanic and Slavic Languages and Literatures at the University of Colorado Boulder welcome United States Holocaust Memorial Museum fellow Dr. Natascha Drubek for a public lecture on Tuesday, January 28 at 7:30 pm in Atlas 100 entitled “Media Wars and the Invisible Holocaust: An Examination of Films Made at Majdanek and Theresienstadt 1944-1945.” This lecture is free and open to the public but RSVPs are appreciated, as space is limited. Please email CUJewishStudies@colorado.edu or call 303.492.7143.

The summer of 1944 saw Soviet forces lead a surprisingly quick advance West during Operation Bagration, a forward movement that led to the liberation of Majdanek, an almost intact extermination camp close to the Polish city of Lublin on July 23.  The horrors found inside the ‘death factory’ were described in articles, captured in photos and filmed by Soviet and Polish camera crews. In this lecture, Dr. Drubek will examine how the incontrovertible evidence of Nazi atrocities was an unexpected blow to the Nazi leadership, which had worked hard to hide all the traces of the death camps and ghettos in the East. As a response, the German propaganda machine struck back by producing its own film showing ‘happy’ Jewish life in a ghetto guarded by the SS.  In an unexpected and macabre twist, German film producers invited a Jewish comedian to take a leading role in the film.

Natascha Drubek is a Heisenberg Fellow at the University of Regensburg, Germany.  She completed her MA and PhD in Slavic Studies & History of Eastern Europe at the Ludwig-Maximilians-University in Munich. Drubek was awarded a Marie Curie Fellowship at the Film School FAMU in Prague with the project “Hypertextual Film Presentation” (hyperkino.net). She is also the co-editor of the series Osteuropa Medial with Boehlau Verlag, a Cologne based publishing house.  Since 2003, Drubek has served as the editor of the Film & Screen Media section of artmargins.com.  Her most recent book was published in 2012 under the title Russisches Licht. Von der Ikone zum frühen sowjetischen Kino (Russian Light: From the Icon to Early Soviet Cinema).  Dr. Drubek is currently a fellow at the Center for Advanced Holocaust Studies at the United States Holocaust Memorial Museum in Washington D.C.

In addition to the public lecture, Dr. Drubek will be presenting a colloquium for CU faculty and graduate students based on her latest research.  This workshop will examine how the Nazi concentration camp of Theresienstadt became a film set for two film projects that were planned and partially produced between 1942 and 1945, commissioned and supervised by the SS but made by professional Jewish film artists who were able to document the real ghetto and its inhabitants.

Dr. Drubek’s visit coincides with the United Nations’ International Holocaust Remembrance Day, which is January 27 and commemorates the anniversary of the Soviet liberation of Auschwitz-Birkenau. With the creation of International Holocaust Remembrance Day in 2005, every member nation of the U.N. has an obligation to honor the memory of Holocaust victims and develop educational programs as part of an international resolve to help prevent future acts of genocide. Dr. Drubek’s visit is made possible by the Campus Outreach Lecture Program of the U.S. Holocaust Memorial Museum’s Center for Advanced Holocaust Studies, supported by a grant from the Leonard and Sophie Davis Fund.  For more information, please visit jewishstudies.colorado.edu or call 303.492.7143.

Assistant Director of the Program in Jewish Studies at the University of Colorado at Boulder
Previous Update: Maggidic Storytelling Date Corrected
Next Kids: Celebrate the Birthday of Trees at Grandrabbit’s 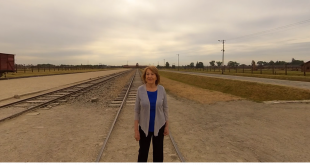