Modern Jewish families that shy away from participating in the annual Passover Seder due to its typical two- to five-hour ceremony will cheer Cass and Nellie Foster's "Sixty-Minute Seder: Preserving the Essence of the Passover Haggadah."

CHANDLER, AZ – Modern Jewish families that shy away from participating in the annual Passover Seder due to its typical two- to five-hour ceremony will cheer Cass and Nellie Foster’s “Sixty-Minute Seder: Preserving the Essence of the Passover Haggadah.”

We are indebted to Cass and Nellie Foster for taking the bold step of creating a revolutionary Haggadah that offers a path to creating a superb alternative to the traditional Haggadah by offering us choices and helping us with planning. For those who seek a modified Seder that will stimulate discussion, inspire interest and educate Jews with a range of backgrounds will find the Sixty-Minute Seder a perfect script for the Pesach drama.”

Cass and Nellie Foster have done an amazing job of sifting the essence of the Passover ritual from the embellishments of time. Each section is explained clearly, with the appropriate blessings in Hebrew and transliteration. The outstanding glossary of terms make it possible for a newcomer to understand the background of the symbols and rituals without adding long readings to the text. The symbols are explained in a manner accessible to Jews and non-Jews alike… Best of all, Nellie’s family recipes make it possible for anyone to create a Splendid Seder Meal.”

While Foster developed the text, he credits his wife, Nellie, with not only providing suggestions for how to plan for Passover but how to set the Seder table, preparing the Seder meal as well as simple meals for the remaining Passover days including recipes families can create together.

“With more than 3,500 Haggadahs in print and no two having the same content, revisiting the Haggadah is not unheard of,” says Linda F. Radke, president of Five Star Publications, Inc., the parent company of Six Points Press, which published Foster’s book. “Though pared down to only sixty minutes, this Haggadah still has it all, from planning to preparation to the actual presentation of the Seder.”

A Seder in an hour? To a traditional rabbi, it sounds like heresy! But you now hold an opportunity to discover a truth about this long-standing ritual that is often obscured by the focus on form over substance. The order of the Seder is a framework for building your own story of liberation. Cass and Nellie Foster have distilled it to its essence. And I dare you – maybe double dare you – not to be captivated by the opportunities they present.”

To learn more about Five Star Publications, Inc., now celebrating 28 years in business, including their captivating “Alfies Bark Mitzvah” and other award-winning books, visit the website, email info@FiveStarPublications.com or call 480-940-8182.

They call me "NewsHound IV," because I'm a clever Finnegan, sniffing out stories all over the Boulder area. I love Jewish holidays because the food is GREAT, especially the brisket. Well all the food. I was a rescue pup and glad to be on the scent!
Previous Kosher Wine Tasting Evening
Next April First Friday: “Babel in Zion” Author 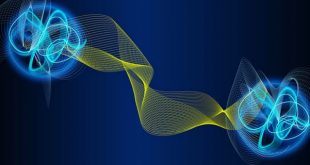 We Are Not Alone – Covid Pesach And Quantum Entanglement 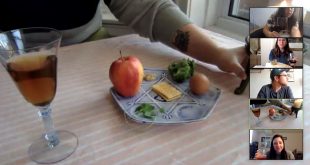 For Pandemic Passover 2021, Hundreds Turn to OneTable for Resources and Guidance on Safe, Meaningful Seders

Passover 2021 – In a Nutshell – When Erev Pesach is Shabbat

Approximately once every nine years, Passover begins on Saturday night. This means that erev Pesach, the day before Passover 2021, coincides with Shabbat, bringing with it a number of unique laws and guidelines.

Passover 2021 is fast approaching. This year, many of us are still keeping some level of social distancing, Boulder Center for Judaism has created new options to support the Jewish community in your Passover celebration while keeping things safe. See what we are offering.