The President and CEO of the Jewish Federations wrote a blog post about this month's PJ Library optional offering of "The Purim Superhero."

Expanding The Concept, And Reality, Of `Jewish Community’

Staff March 30, 2014 Guests and Blogs Comments Off on Expanding The Concept, And Reality, Of `Jewish Community’

Nate couldn’t decide what he wanted to be for Purim – follow his heart and dress as an alien or succumb to peer pressure and wear a superhero costume?  It’s a tough decision for a little boy, but he got some help from his two dads.

“The Purim Superhero” is one of PJ Library’s book selections for this month. For nine years, and in partnerships with various donors and Jewish Federations, PJ Library has been sending free monthly book selections to Jewish children up to age 8. Created by the Harold Grinspoon Foundation (HGF), it’s a tremendous program that not only encourages reading, but does so in a Jewish context.  Each month, 130,000 books are sent to families in North America, and the program has expanded to Israel and additional countries as well.  Many Federations have PJ Library gatherings to connect and engage families.

As “The Purim Superhero” demonstrates, children receiving those books learn about more than Jewish holidays and traditions. They learn about Jewish life, and their families find an entry to Jewish communal life. Indeed, a study of 20,000 American Jewish families participating in the project found that 58 percent said the program has influenced their decisions to “build upon or add a Jewish tradition to their home life” and 62 percent said it “increased their families’ positive feelings about being Jewish.”

Through PJ Library, books that focus on families with adopted children, disabled children (and kids with disabled family members), interracial and intermarried families, Jews of color, secular and Orthodox families, and, in this case, LBGT Jews, young children are exposed to the multifaceted world that is today’s Jewish community.

Books such as Elizabeth Kushner’s “The Purim Superhero” reflect life that so many of us already see in our communities, our children’s schools, our synagogues and Jewish camps and sometimes in our own families.  Few among us can say that we don’t know a child with two moms or two dads.

PJ Library predicted, though, that this particular book might raise questions, so it made the selection available only by request as an additional book. Some questioned why didn’t they just automatically send it to all.  I applaud the HGF for being sensitive, realizing we have a community that is diverse and offering a choice.  The response has been overwhelming. In less than two days, PJ Library had exhausted its stock of 2,000 books. They quickly ordered thousands more.

A very few in our community were alienated by the choice of this book, and have dropped their subscriptions altogether, even though they had the option of simply not selecting the book. That’s their choice, of course, but that’s also unfortunate.  Those few families that canceled entire subscriptions are missing out on a wonderful gift for their children – a gift that demonstrates that not all families are the same – and one that is so much bigger than this single great book.

At Jewish Federations, we believe that every Jew deserves a welcome place in our community. We encourage PJ Library to continue sending children books that reflect the Jewish community’s wonderful diversity. We recognize that not every family will choose to read every Jewish book to a child, but each family should be able to make the decision on its own.  But those families who do choose to read all the books will be giving their children a tremendous gift – a gift that allows them to see the richness and diversity of Jewish life.

They call me "NewsHound IV," because I'm a clever Finnegan, sniffing out stories all over the Boulder area. I love Jewish holidays because the food is GREAT, especially the brisket. Well all the food. I was a rescue pup and glad to be on the scent!
Previous Week in Review: March 28th, 2014
Next Gardner Leads Udall on Radio Chavura IsraelScore™ Index 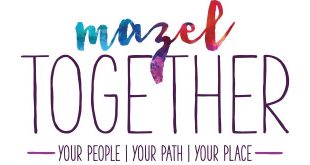