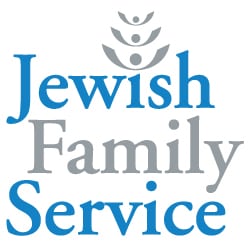 Boulder Jewish Family Service (JFS) will host its first fundraiser, “Reel Hope Boulder” on Sunday, November 17, 6:30 p.m. at the Dairy Center for the Arts, 2590 Walnut Street in Boulder. Hollywood producer David Klawans, who discovered the declassified CIA documents that led to the production of “Argo“, will share the story behind the making of the movie.

For tickets and more information, visit www.jewishfamilyservice.org/reelhopeboulder or contact Dawn Richard at 720.248.4605. Fourteen years after independent film producer David Klawans stumbled on a declassified CIA journal detailing the CIA rescue of six American diplomats during the 1979 Iran hostage crisis, Argo hit the big screen. The film, which stars Ben Affleck playing real-life CIA agent Tony Mendez, went on to win the 2013 Oscar for Best Picture, along with two other Oscars and two Golden Globe Awards. “I always knew it was going to get made,” Klawans says. “I didn’t know it was going to make more than $100 million in the United States.”

David Klawans has a fascinating career, which mostly entails trolling the Internet to magically discover little known, real-life stories that could become films. Klawans likens it to “walking on the beach with a metal detector.”

Klawans, 45, was born in Chicago and his family moved to Belgium when he was two years old. He grew up in Europe and the United States. Always fascinated by film, especially sci-fi and fantasy, Klawans attended the film school at New York University. He lives in Los Angeles, although he often visits Boulder, where his mother lives.

Sony Pictures purchased his first project, a proposed film about animals that were awarded medals for valor during World War II. Unfortunately, the film was never made. His next project, however, resulted in the Jack Black comedy, “Nacho Libre“—the story of the Mexican priest who moonlighted as a wrestler to raise money for a church orphanage. Then came “Argo.” Two more movies and an HBO series are currently in the works.

Founded in 1872, Jewish Family Service of Colorado (JFS) is a nonsectarian, nonprofit human services agency serving metro Denver and Boulder. JFS believes in strengthening our community by providing vital services to people in need. Every day, JFS helps people overcome difficult life’s challenges to live fuller, more meaningful lives. Boulder JFS is a division of Jewish Family Service that provides Jewish seniors, their families, and individuals in crisis with services to enhance their quality of life and connect them to Jewish values, traditions, and community. Boulder JFS provides a wide array of services to help Jewish seniors live independently while maintaining a high quality of life. We work to ensure that seniors in the Boulder community are well cared for—and not alone. For more information, call 303.415.1025 or visit www.jewishfamilyservice.org/boulder. Follow us on Facebook and Twitter!

Founded 150 years ago, we currently offer more than 30 programs and services, including food security, housing stability, mental health counseling, aging care, employment support, and disability services. JFS takes a holistic approach, assessing the various needs of the individual or family and provides the appropriate services all from one organization.
Previous Har HaShem Prospective Member Shabbat
Next George Lichter z”l — The End of a Life Lived with No Regrets 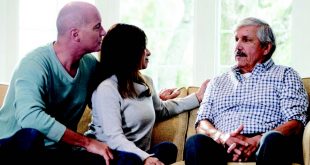