Demographer Leonard Saxe believes the reports paint a picture of stability that presents an opportunity to “get beyond the numbers” and instead focus on their implications.

New reports from the Pew Research Center and Brandeis University’s Steinhardt Social Research Institute (SSRI) estimate the Jewish population of the United States at 6.7 million and 6.8 million, respectively. Demographer Leonard Saxe, co-author of the SSRI report, believes the similarity of the reports paints a picture of stability that presents an opportunity to “get beyond the numbers” and instead focus on their implications.

Pew’s Religion and Public Life Project on Tuesday released “A Portrait of Jewish Americans,” based on a survey of 3,475 Jews from Feb. 20 to June 13, 2013. The report estimated that there are 6.7 million Jews in the U.S., and that 78 percent of that population identifies as Jewish by religion, as opposed to by background or other criteria. A day earlier, SSRI released “American Jewish Population Estimates: 2012,” which concluded that there are 6.8 million American Jews (or 2.2 percent of the total U.S. population), with about 81 percent identifying as Jewish by religion (1.8 percent of the population).

SSRI’s report was based on “data from hundreds of academic, government, and privately funded surveys that ask questions about religious and ethnic identification,” from 2006-2012. Saxe, the director of SSRI as well as the Cohen Center for Modern Jewish Studies, had estimated in December 2011 that the U.S. Jewish population was 6.4 million. Amid the release of the new figures, he said the population increase as well as the stabilization of the number of those identifying as Jewish by religion could be interpreted as either a positive or negative narrative, being that synagogue membership and engagement with other Jewish institutions have not risen at the same rate as the Jewish population.

You can either say, ‘Wow, this is a problem,’ or you can say, ‘This is an opportunity for the Jewish community,’” Saxe told JNS.org. The Jewish community, he said, needs to “focus on this gap between people who identify with [Judaism], consider themselves Jewish, and those people who participate in the community.”

For the counting of Jewish adults, the SSRI and Pew results came “within a fraction of a fraction of a fraction” of each other, Saxe said. But part of the discrepancy between the reports’ total Jewish population estimates, he noted, stems from how Pew measured Jewish children. Pew identified 1.3 million children “in households with a Jewish adult who are being raised Jewish or partly Jewish.” SSRI’s report, meanwhile, identified about 300,000 more Jewish children.

Saxe made an analogy to an American who doesn’t vote and doesn’t happily pay taxes, but would still be counted as an American. He said that young people, many without any Jewish education, are “claiming their Jewish identity when they’re given a good reason to do so, and they’re fully legitimate.”

“We are an older population,” Saxe said. “Part of the reason is that, I think, people grow into accepting and claiming their Jewish identity.”

Jews also live longer and are “naturally going to increase as a percentage of the population” because they are highly educated, he said.

The fact that Jews are becoming more concentrated in a small group of urban areas is “a little counterintuitive, because with the Internet, and communications, and travel, and so on, you would think people could live anywhere,” Saxe said. Instead, Jews are migrating “to the intellectual centers, and the centers of innovation,” he said.

“They’re doing that because that’s where people with lots of education are congregating,” Saxe said.

Whether it be SSRI’s 6.8 million or Pew’s 6.7 million, the new reports paint a radically different picture than the National Jewish Population Survey (NJPS) of 2000, which estimated just 5.2 million American Jews and 3 million who identified as Jewish by religion. The 2000 survey counted fewer American Jews than the estimate of 5.5 million from the 1990 NJPS, which had followed a boom in Jewish immigration to the U.S. following the movement to free Soviet Jewry. Saxe said the 2000 numbers “painted a devastating portrait” which “led to people suggesting that in 2020, 2030, there’d be no Jews left.”

The newly released Jewish population estimates carry significance beyond the numbers, especially when it comes to American Jewish support for Israel, Saxe said.

“It’s really important, because if there’s only a group of less than 3 million people in America who are Jews, and it’s their religion, and they care about Israel, that’s significantly different from if there are 5 million or 6 million who feel a connection, feel a sense of peoplehood, feel that they are part and have a direct stake in what happens ba’aretz (in the land of Israel),” he said.

SSRI consulted with Pew in a variety of ways on “A Portrait of Jewish Americans,” and Saxe served on the Pew report’s advisory committee.

“When you do a national Jewish population study, one of the problems is that Jews are so rare that you end up, especially in the non-coast areas, having to interview hundreds, thousands of people just to find a single Jewish person,” Saxe said. “And what we did [at SSRI], is based on our geographic analyses—but also looking at where there are synagogues, schools, et cetera—we helped [Pew] focus the study on the places where the Jewish population is.”

SSRI determined that being “data miners,” through the analyses of various surveys conducted from 2006-2012, was “the only way to gather a reasonable, accurate, reliable number is to synthesize hundreds of other studies,” according to Saxe. Along with the new population estimates, the institute on Monday unveiled an  interactive map of the U.S. Jewish population.

For me, the [Jewish population] number in some ways is less important than the fact that after six years of collecting data about surveys, where people are asked about their religion and ethnicity and so on, we have converged on a number and it looks pretty stable, and it allows us to even get these reliable estimates of states and communities,” Saxe said.

JNS.org is an independent, non-profit, business resource and wire service covering Jewish news and Israel news for Jewish media throughout the English-speaking world. We provide objective, non-partisan reporting from Jewish communities throughout the U.S., Europe, South America, South Africa, Australia and a wide array of Israel news.
Previous Reb Zalman To Live-Stream Two Lectures to Global Audience
Next Learn About the Arava Institute for Environmental Studies 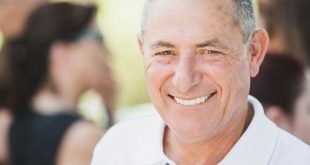