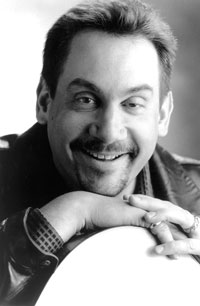 Rabbi Black is one of the most popular Jewish contemporary artists in the United States. He has been a featured performer at the Coalition for Alternatives in Jewish Education (CAJE) Conference as well as the Biennial Conventions of the Union for Reform Judaism. He has shared his music with hundreds of Jewish communities around the United States and Canada.  Rabbi Black has been honored as one of the “Top Ten Artists” in both the categories of “Jewish Children’s Music” and “Male, Adult Contemporary Jewish Music” by Moment Magazine and TARA Publications. He has recorded five critically acclaimed albums of Jewish music and has published a songbook and two children’s books.

Rabbi Black became Senior Rabbi of Temple Emanuel in Denver in July 2010. He previously served congregations in Albuquerque and Minneapolis.

Sandra Wong has travelled around the world sharing her love of music and humanity. Her music is a combination of bluegrass, klezmer, Swedish folk music, New Age and just about anything else imaginable.

At Congregation Beth Evergreen, 2981 Bergen Peak Drive, Evergreen. The concert is free and open to the community. Reservations are encouraged; please call 303-670-4294, ext. 1.