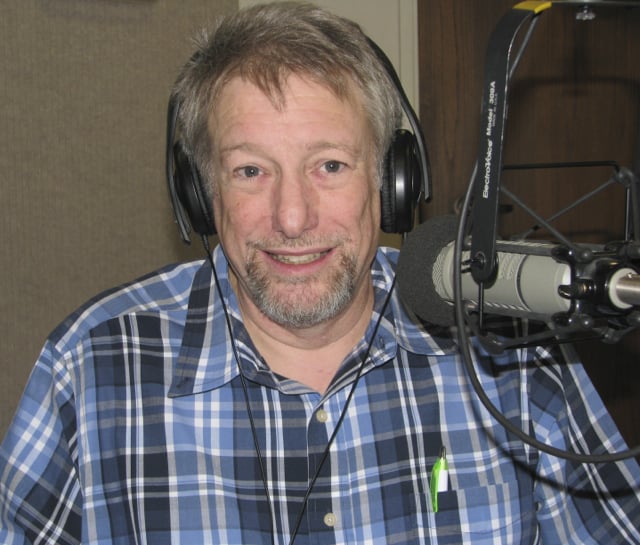 Jeff Hecht, a guest on Radio Chavura, discusses the living legacy of his father, Emil, z'l.

Each Generation of Hechts Discovers Its Own Mission

Dean Rotbart July 25, 2013 Jewish Life Comments Off on Each Generation of Hechts Discovers Its Own Mission

The bloodline is unbroken, despite the harsh journey.

It runs from Svalava, Czechoslovakia through some of the finest pre-war yeshivot in Europe, surviving Auschwitz and Mauthausen, rescuing Jews for Palestine, immigrating to the United States, prospering and building here in Colorado, and finally, arriving at the present where the tradition of passing along a rich Jewish legacy to family and community continues.

Such is the trail of Emil Hecht, z’l, and his family, five recent generations of highly educated, committed Zionists, who have greatly enriched the Jewish world and shared – dor ‘l dor – the values and teachings that are the very mortar of the Jewish people.

Emil Hecht, who died in December 2010 in Denver at age 86, continues to serve posthumously as a role model and inspiration to many Jews, both in Colorado and around the world.

Through the darkest days of the Holocaust, Emil once recalled that he never gave up hope of his own survival and that of the Jewish people.

It was my faith in the higher power we call G-d and the spirit and rule of morality instilled in me by my parents and teachers, that knowledge of what was right and what was wrong, as well as my understanding of Jewish history that kept me holding out against all odds and adversity,” Emil said during a 2004 speech at Denver’s Holocaust Awareness Institute.

Emil’s legacy, and how his children and grandchildren are working to carry it forward and adapt it to today’s realities, is the subject of the first segment of this week’s Radio Chavura, airing Sunday, July 28th, at 6:30 pm on 990 KRKS AM in Denver.  The program is also available to stream or download at www.Chavura.com.

Jeff Hecht, Emil’s son and a Denver-community leader, tells hosts Maxwell and Dean Rotbart that he was aware of his family’s strong educational and Zionistic roots from an early age, as well as his special place as a second-generation Holocaust survivor.  Jeff’s mother Eva, who still lives in Denver, is also a Holocaust survivor.

Jeff notes that education – both secular and Jewish – were always top priorities for the Hecht family.  Emil’s father and grandfather had great secular educations and the family owned one the largest, multi-language private libraries in all of Czechoslovakia.

In raising their own two children, Gillian and Tristan, Jeff says that he and his wife, Mindy, recognize, “every generation needs to create its own world.”

That means, Jeff explains, that his children will have to take their rich Jewish heritage and find their own path to living it and sharing it.

As for his father, Jeff says, Emil would wish to continue to inspire the Jewish community to support Israel, even with its inevitable imperfections, because it is so vital to the continuation of the Jewish people and religion.

Also on Sunday’s Radio Chavura, Rabbi Yaakov Menken, founder of Project Genesis, and creator of many of its sites and programs, including www.Torah.org, is interviewed. Based in Baltimore, Rabbi Menken describes Project Genesis as one of the fastest-growing Jewish outreach programs, appealing to Jews of all affiliations and to unaffiliated Jews.

Dean Rotbart, a Pulitzer Prize nominated former columnist and editor at The Wall Street Journal, is co-host of Radio Chavura, a weekly program focused on Colorado's vibrant Jewish community. The show is co-hosted by Dean's son, Maxwell, a recent graduate of Metropolitan State University of Denver. Radio Chavura can be streamed from www.Chavura.com or downloaded from the iTunes store.
Previous A Year of Shabbat: One Community’s Passionate Desire to Connect
Next Henny Kaufmann To Receive Federation’s Golda Meir Award

The Case for Corporate Social Purpose and Community Investment