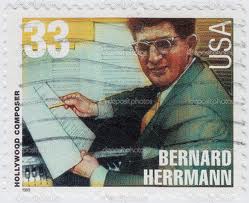 The Colorado Music Festival continues its Rediscovered Masters series this summer, and Menorah continues collaborating on this important project focusing on the work of Jewish musicians victimized by anti-Semitism.

The CMF opens its season on Sunday, June 30 with a program near and dear to my heart, “The Sound of the Movies: Masters of the Film Score.” I will be on hand to discuss this rich subject in the CMF’s Talk in the Tent prior to the concert. Following the concert, Menorah hosts a reception at a home adjacent to Chautauqua. Group tickets (Section A seats) and tickets to the reception are available at $60. Menorah begins its examination of the Jewish composers who created the scores for the greatest Hollywood films of the 1930s through the 1950s with an Older Adults: Not Just for Seniors program. On Thursday, May 9 at noon at the Boulder JCC we will examine the Legacy of Bernard Herrmann, who created music for more than 50 films and worked with directors such as Orson Welles, Martin Scorsese, Nicholas Ray, and – most famously – Alfred Hitchcock. (Who can forget the screeching violins in the shower scene in Psycho?)

Menorah will also collaborate with the Dairy Center and the CMF on a screening of “Hollywood Sound: Music for the Movies” at the Boe on Sunday, June 23.

I will be on hand for that talkback as well. The intelligently written and well edited documentary explicates the craft of film scoring and explores the legacy of seven  talented composers (all Jewish) whose music redefined the classic Hollywood film.

This excellent overview of the Golden Age of Hollywood film music is brimming with musical and historical insight. (Who knew that Erich Wolfgang Korngold imbued his score for The Adventures of Robin Hood with protest against Nazism?)

Even less well known is the fact that virtually all of these great classically trained composers were Jewish. In a collision of circumstances, brilliant classical composers were fleeing Europe for their lives at the same time that Hollywood was maturing. Eager for employment and without any prejudice against this new popular art form, these immigrant composers found safe haven in sunny California, did some of their best work, created what came to be known as the Hollywood sound, and transformed cinema.

We look forward to exploring this legacy in the weeks and months ahead.

Kathryn has spent her professional life writing about, teaching, and presenting the arts. Founding Director of the Boulder Jewish Film Festival, Kathryn was Director of Menorah and ACE at the Boulder JCC from 2003 through August, 2019. The former film and theater critic for the Boulder Daily Camera, Kathryn is the author of "The Fifty Greatest Jewish Movies" and "The Fifty Funniest Films of All Time." kathryn.bernheimer@gmail.com
Previous Boulder Shavuot 5773: The Mystery of the Number 7
Next A Mystical Kabbalah Experience Embraced by Et Ratzon