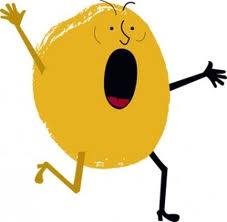 Each year parents and grandparents scurry about in search of Chanukah gifts. Oftentimes, the latest fad or the newest electronic device is at the top of the list. The lasting value of such purchases is fleeting. The child’s interest usually remains only as long as the item is considered popular. Gifts associated with special interests or hobbies tend to garner more use. Finding age appropriate presents that have prolonged meaning can be challenging.

The electronic age has diminished the opportunity to share a book with a child. The time spent reading to a child cannot be matched by any other activity. The natural interactions associated with such experiences create lasting memories. Few activities can equal the advantages of reading aloud to children.

The selection of available picture books increases every year. Some picture books have withstood the test of multiple generations of kids and continue to be reprinted. Newer books may not have developed an audience, but may be equally as engaging. Books that contain Jewish content cover a wide variety of genres. Chanukah is a perfect time to introduce children to Jewish culture and history.

I hope you’ll consider this list of Jewish children’s books. There’s a good chance you’ll find something that you would like to share with your children or grandchildren.

9. Celebrating Holidays Without Love Ones (for the Shamash!)

Do you have a favorite that I haven’t included in this list? Best wishes for a joyous Chanukah.

If you are interested in learning more about Jewish children’s books, you can check out my blog. I periodically review multicultural children’s books and give special attention to Jewish themes.

Sandy Bornstein lived as an expat in India. Her award-winning memoir, May This Be the Best Year of Your Life, highlights what she learned as the only American teacher at an international Bangalore school. After living abroad, Sandy continues to explore the world and write about her travels. You can follow Sandy's adventures at www.sandrabornstein.com.
Previous Hallmark Hassidic Holiday Celebrated Thursday
Next Community Welcome at Book Burial and Ceremony