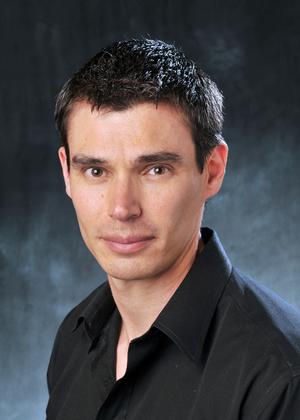 When Three Rabbis Agree to Disagree

Three Rabbis and a Professor Walk Into a Bar…

The Boulder Jewish community I have come to know and love was never on more amazing display than this week.  This online newspaper published the at-times vitriolic debate about the idea of separation and holiness in Judaism, which was at heart what Rabbi Goldfeder was addressing in his initial missive (or salvo, as some read it).

I loved the questions he was asking, even though I fundamentally disagree with how he comes down on the core questions of hierarchy, power, and separation.  And I was so impressed that Rabbi Rose and Rabbi Soloway, to whom Goldfeder’s first letter was indirectly addressed, took Goldfeder to task in his equally headstrong letter.

As the head of Jewish Studies at CU Boulder and co-chair of the upcoming Limmud Conference (January 21-22, 2012, and registration is still open, although to guarantee a spot, register by Wednesday January 18, www.limmudcolorado.org), I am personally much more moved and engaged by the kind of vigorous debate that these two rabbis opened up on the pages of this newspaper than I am about proving myself correct.  If a provocative letter drives readers to think more deeply about what they think, all the better.  And it would be even better if readers then educated themselves, so that they would not just have feelings and opinions, but would know more about how to justify them.  (On this point, I’m more of a Litvak than a Hasid.)  Bottom line–it took guts for Rabbi Goldfeder to make his comments, which he knew would be a minority opinion in a place like Boulder.  And it took guts for Rabbis Soloway and Rose to take Goldfeder to task point by point.

It is this kind of debate and conversation that has made Boulder a model Jewish community around the world, something I heard over and over again when I was at Limmud UK a few weeks ago.

Next week, the Boulder rabbis, including Rabbi Rose from Har Hashem, will once again model what community conversation should look like at Limmud, when they sit on a panel together, something that rarely happens in the Jewish world. Limmud is a special place, one set up more towards liberal rabbis’ approach than to Goldfeder’s, since Limmud favors non-hierarchical engagement among Jews, their friends, and family (in other words, it is much less interested in separation, hierarchy, and boundaries).

In this context Rabbis Goldfeder, Soloway, and Rose will be Gavriel, Marc, and Josh, but I want to emphasize that it is the context that shapes the human relationships.  In the same way that in my classroom, students call me Professor Shneer, any of those students who come to Limmud will call me David, because in the Limmud learning environment, we are all learners together.

So while it is true that Rabbi Goldfeder took public what had been a private, and undoubtedly painful, conversation between himself and Rabbi Soloway, it behooves all of us to take seriously the core arguments about the nature of Judaism at hand here, which in fact have little to do with denominations and everything to do with our own relationship to Judaism and Jewish community.  And next weekend, you can join in this conversation in person, face to face, in an I-Thou kind of way, when Boulder will be on amazing display at Limmud CO.  Don’t miss the conversation.  Register now (www.limmudcolorado.org)

Is it just a coincidence that year in and year out "The Protocols of the Elders of Zion," a  forgery about Jewish power, remains a best seller in Muslim bookstores throughout the world?

What a relief that pro-gun advocates routinely offer prayers whenever innocent people are threatened with or harmed by firearms. Abbott maintained the pattern as we worried what would become of the four hostages at Congregation Beth Israel.