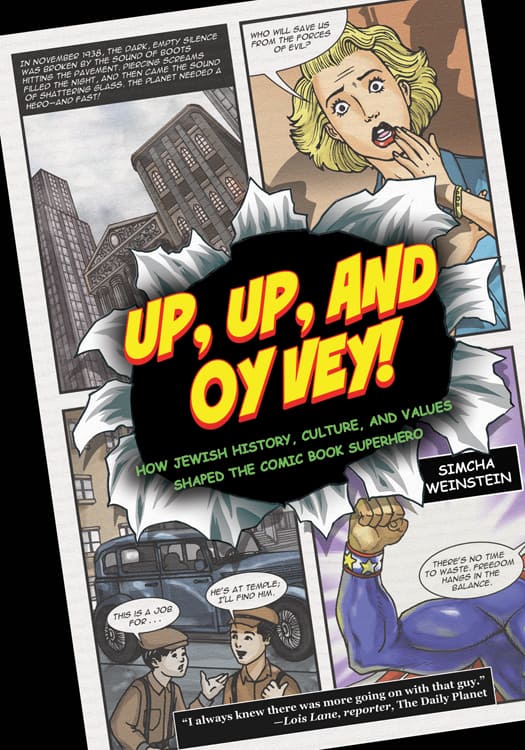 Superman. Batman. Spider Man. The Spirit. The X-Men. All invented by Jews. Then there’s Jules Feiffer and Art Spiegelman. And, of course, Harvey Pekar. Jews built the comic book industry from the ground up, and the influence of Jewish writers, artists, and editors continues to be felt to this day. But how did Jews come to have such a disproportionate influence on an industry most famous for lantern-jawed demigods clad in colorful tights? Is the superhero really a Jewish phenomenon?

Find out Tuesday as Menorah concludes its Jewish Arts Month film series at the Boedecker Theater with a screening of “American Splendor” at 7 pm. Paul Giamatti stars in this feature film tracing the improbable career of morose comic book cult celebrity Harvey Pekar. At 6:30, prior to the 2003 film, Kathryn Bernheimer will discuss the Jewish creative forces that have pioneered and dominated the comic book industry since its (Jewish) inception. There is no charge for the pre-show talk. Tickets to the film are available at www.thedairy.org. Films have been selling out, so reserve tickets online.

“Movies about artist’s lives are usually deadly and diminishing. This cubistic approach, blurring the line between the man and his work, gives us the impression we’re seeing the world from inside Pekar’s head. It’s as if the filmmakers let themselves be invaded by their subject’s quirky, cranky spirit.” – David Ansen, Newsweek

Kathryn has spent her professional life writing about, teaching, and presenting the arts. Founding Director of the Boulder Jewish Film Festival, Kathryn was Director of Menorah and ACE at the Boulder JCC from 2003 through August, 2019. The former film and theater critic for the Boulder Daily Camera, Kathryn is the author of "The Fifty Greatest Jewish Movies" and "The Fifty Funniest Films of All Time." kathryn.bernheimer@gmail.com
Previous Affordable Early Start and Early Finish Seder
Next Matzoh Going Like Hotcakes