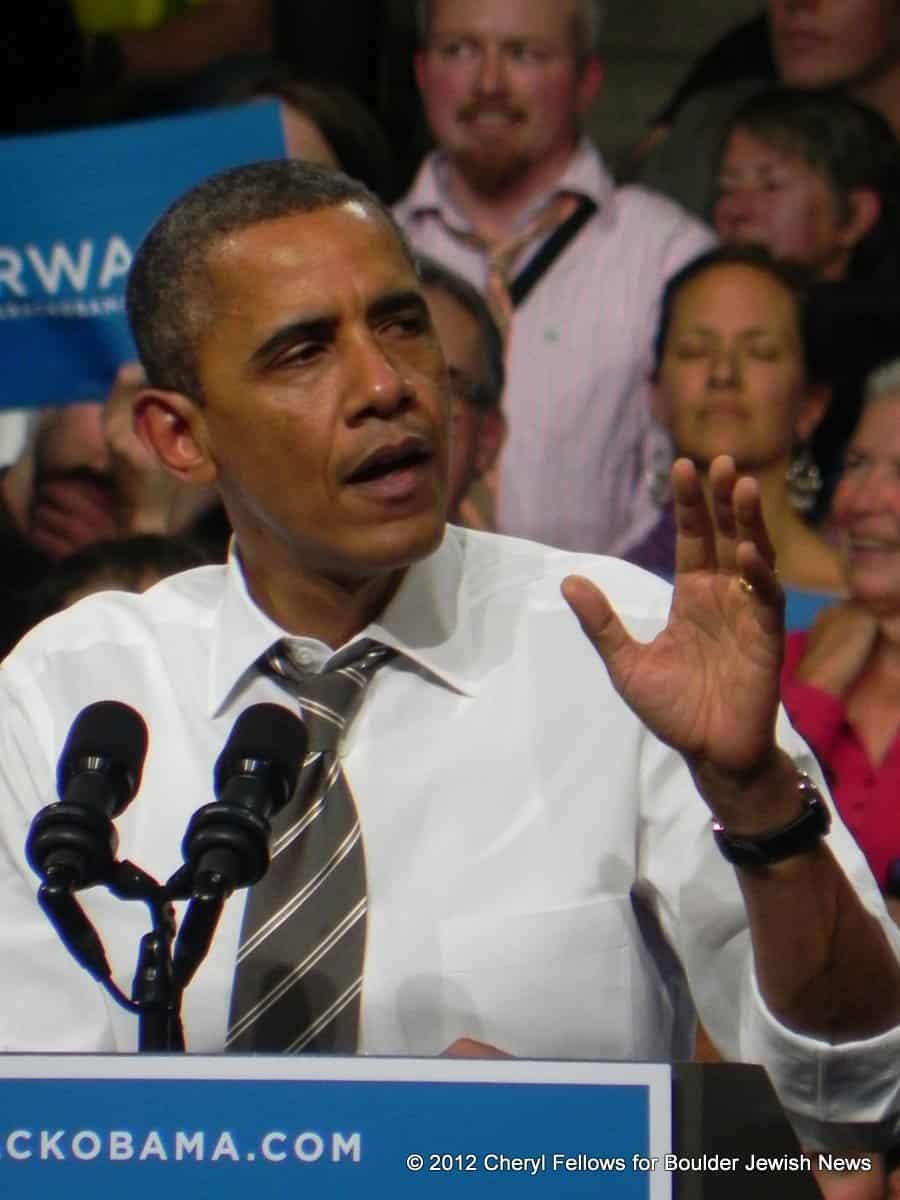 After an election cycle that many thought would never end, President Barack Obama was re-elected on Tuesday to a second term.

Per reports that circulated on Twitter, nationally, the “Jewish vote” was about 70% for President Obama, 30% for Mr. Romney. This is reported to be somewhat lower than in 2008.

In related news, yasher koach to Representative Jared Polis, reelected to a 3rd term as the 2nd Congressional District Representative, and to Ed Perlmutter (7th District). Additional state-wide results can be found at this link.

We remain more than a collection of red states and blue states and will forever be the United States of America.” — Barack Obama

They call me "NewsHound IV," because I'm a clever Finnegan, sniffing out stories all over the Boulder area. I love Jewish holidays because the food is GREAT, especially the brisket. Well all the food. I was a rescue pup and glad to be on the scent!
Previous Shopping the Rich Jewish History of Department Stores
Next JFS Forms Boulder Advisory Committee