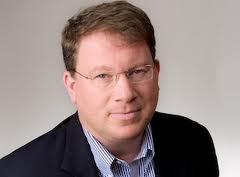 Congregation Har HaShem, Boulder’s Reform Jewish congregation, will host nationally recognized journalist and blogger Jeffrey Goldberg for two presentations on Israel as Scholar in Residence May 18th and May 20th.

“It is not every day that a journalist of national prominence comes to Boulder to talk about some of the most important issues facing American Jewry and Israel,” said Congregation Har HaShem Senior Rabbi Joshua Rose.

Jeffrey Goldberg is national correspondent for Atlantic Magazine and columnist for Bloomberg. A leading expert on Islamic fundamentalism and terrorism, Goldberg is well known for his appearances on shows such as the Colbert Report, Meet the Press and NPR. He has been named twice to the “Forward 50” and is a recipient of the National Magazine Award for Reporting. He was named by a Columbia Journalism Review editor as the most influential journalist/blogger on matters related to Israel. In addition to his writing and speaking about Israel, Jeffrey Goldberg was one of four writers invited to write commentaries in Jonathan Safran Foer’s and Nathan Englander’s newly released New American Haggadah.

I started reading Jeffrey Goldberg’s work because I was tired of the black and white simplicity of the debate on Israel. His writing and thinking recognizes the complexity of Israel’s situation in a way that so much writing from the left and from the right does not. It is so important that Jewish discourse about Israel avoid naiveté and complacency. It was refreshing to have a journalist challenge conventional wisdom in such an interesting way,” said Rabbi Rose.

On Friday, May 18th at 6:00 pm, a special dinner and presentation, “Do American Jews Still Care about Israel,” will follow Shabbat services at Congregation Har HaShem, 3950 Baseline Road in Boulder. Mr. Goldberg will discuss changes in the American Jewish attitude toward Israel, challenge conventional wisdom about the meaning of these changes, and reflect on the implications of the new American Jewish relationship for Israel’s future. He will be joined for part of the discussion by Rabbi Rose.

On Sunday, May 20th at 10:30 am, Jeffrey Goldberg will be joined by Congressman Jared Polis to address “A Coming Conflict or a War of Words? Israel, Obama and Iran’s Nuclear Program.” The situation between Israel and Iran is one of the most potent in Israel’s history. Jeffrey Goldberg’s access at the highest levels of the Israeli and American governments have made him a go-to source for understanding this tricky three-way relationship. The language from Netanyahu has been bellicose, Iran’s tone dangerous, and the stakes enormously high. In addition to its potential danger to the Jewish state, the Iran situation poses difficult challenges for the United States as it navigates the complex challenges of how to use its power in the region, and how to navigate its changing relationship with Israel.

RSVPs are required for both events. Seating is limited for May 18th dinner. The cost is $12. Kids 13 and older are encouraged to attend. RSVP online at www.harhashem.org. Suggested donation for May 20th is $10 which will help build the Scholar-in-Residence Fund. For information, contact (303) 499-7077.