The American Jewish Joint Distribution Committee (JDC) has named Alan H. Gill as its next CEO.

New York, NY, USA, November 26, 2012– The American Jewish Joint Distribution Committee (JDC) has named Alan H. Gill as its next CEO. Gill, whose distinguished career in the Jewish community has been marked by transformative professional leadership, will take the helm of the global Jewish humanitarian organization on January 31, 2013. Gill’s unanimous nomination by a selection committee of JDC’s Board of Directors and confirmation by the Board’s Executive Committee came after an extensive global search conducted by executive search firm DRG.

We couldn’t be more proud that Alan Gill, whose seasoned leadership and forward-thinking expertise has been so critical to JDC’s impact in recent years, will lead us into our second century,” said JDC President Penny Blumenstein. “As we learned again in Israel in the last two weeks, JDC is at the forefront of helping protect the most vulnerable of our people in times of danger. At a point when JDC has never been needed more, Alan will hit the ground running, continuing our historic tradition of excellence and preparing us to tackle the formidable challenges the global Jewish community faces in the years to come.”

A 20-year veteran of JDC, Gill currently serves as the organization’s Executive Director of International Relations. In this role, he created and built a global operation to support the organization’s humanitarian mission in more than 70 countries and Israel. Under his leadership, the organization’s annual, direct philanthropic revenue has increased tenfold with significant growth in foundation, major donor, governmental and general donor support, bringing JDC’s total annual budget to $350 million. This growth has enabled JDC to expand its critically needed humanitarian assistance and Jewish community development in post-communist countries and to address growing social gaps in Israel.

Gill also played a leadership role in launching many of JDC’s landmark programs including Ashalim, a unique public and private/non-profit partnership to address the needs of Israel’s children at risk; The Hunger Relief Campaign for impoverished elderly Jews in post-Soviet countries and the development of community centers for the renewal of Jewish life in those communities; and PACT – Parents and Children Together – an internationally recognized program for the education and cultural integration of Ethiopian-Israeli preschool children and their parents. Gill also served as a special advisor to the organization’s Former Soviet Union operations and was a member of JDC’s emergency relief team during the 2008 Russia-Georgia war, providing urgently needed assistance to elderly Jews trapped behind the Russian lines.

I’m privileged to be appointed CEO of this remarkable, dynamic organization. Our mission has never been more critical or more urgent, and in the years ahead, we must reach even further to ensure that wherever a Jew is in need, JDC is there,” said Gill. “Now is the moment when we take a lead in shaping the Jewish future — connecting Jews around the world, innovating Jewish community life, and vigorously responding to the challenges we face with collective Jewish action. The recent rocket attacks on Israel and the unrelenting poverty and tremendous thirst for Jewish life in post-communist countries remind us that JDC’s work is more vital than ever.”

Before moving to Israel in 1993, Gill served as the CEO of the Jewish Federation of Columbus, Ohio. His chief accomplishments included significantly expanding community services through establishing satellite operations in emerging Jewish areas; establishing group homes for Jewish adults with special needs (among the first in the United States); establishing a comprehensive resettlement program for Jewish émigrés from the Soviet Union; nearly doubling the federation’s annual campaign during his tenure; and developing a statewide Hillel funding consortium for Jewish university students in Ohio. He also served as founder of The Ohio State University’s graduate training program for Jewish Communal Service, and was a part-time professor at Ohio State’s College of Social Work.

Gill’s name will be included in the slate of officers voted on by JDC’s Board at its regular board meeting next week. Gill holds a bachelor’s degree in psychology and sociology from Ohio University, and a master’s in social work from Ohio State.

Gill and his wife, Rhona, will move to New York from their home in Jerusalem in advance of his taking the reins as CEO on January 31. He and his wife have three adult children, all living in Israel.

They call me "NewsHound IV," because I'm a clever Finnegan, sniffing out stories all over the Boulder area. I love Jewish holidays because the food is GREAT, especially the brisket. Well all the food. I was a rescue pup and glad to be on the scent!
Previous Two Rabbis Walk into a Brain
Next Giving Tuesdays 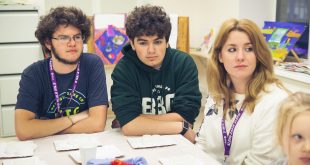 Guest Post: Never Been More Proud to Be Jewish 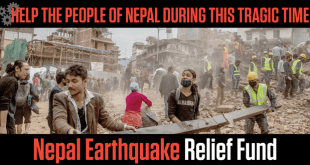 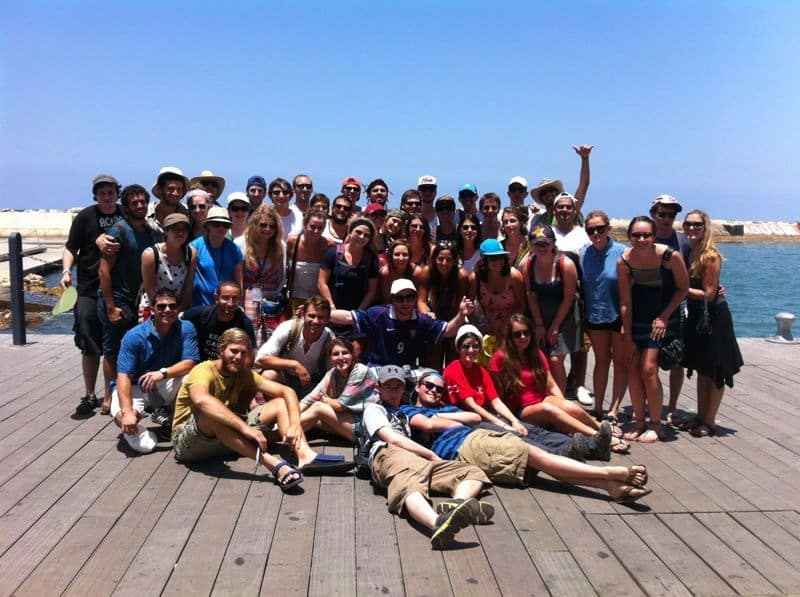