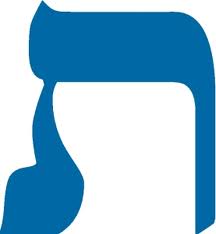 Samuel Ben-Or Avital, author of “The Invisible Stairway: Kabbalistic Meditations on the Hebrew Letters,” will be holding a seminar on authentic Kabbalah, starting March 16 in Boulder, CO.  The seminar, entitled Gathering of the Sparks: Authentic Kabbalah and Practical Wisdom, will run March 16, 23, 30 and April 13, 20, 27 2012, six Fridays from 10 am – 12 noon.  This series will focus on the Hebrew letter Tav.

Avital, descendent of Moroccan Kabbalists tracing their lineage to 15th Century Spain and before, explains that the Hebrew letters are one of the most basic keys to properly explore the Kabbalah’s “mysteries.”  In his seminars, Avital delves into the spiritual meanings and discoveries contained in each letter.

Avital shared just a few of the meanings of the letter TAV, which will be explored in the upcoming workshop.

Avital says “The Hebrew Letters are considered the building blocks of the creation of the universe.  Each letter stores and contains within it certain spiritual powers, and serves as a unique tool of practice and exploring ourselves and the universe in an unconventional way of learning how to learn, how to think, and how to be.

The TAV ת, which is the twenty second (22) Hebrew Letter is the symbol of TRUTH, Perfection, and Completion.  It represents the perfection of everything that has been completed and manifested to achieve its purpose and ultimate goal.

The Tav (ת) is the final letter of the word EMET ( א מ ת) Truth.  The word for truth is composed of the first, middle, and last letters of the Aleph-Beith, Aleph, (א ), Mem, ( מ ) and the last letter Tav (ת ).  It expresses One Truth, and that Truth is eternal, infinite, and all-encompassing, just as the letters of EMET encompass the entire world of the Aleph-Beith.  EMET also serves as one of the sacred names of the Creator.

TAV (ת  ) indicates the completion and the rest after the creation is manifested in essence and potential.  It means that we, the created, can and must use the power invested within us by the creator, to create, develop and complete the practical wisdom, bringing it from potential to manifestation, all for the continuation of life. “

Devorah. is a student of Samuel Ben-Or Avital at Le Centre Du Silence. Samuel was born in Morocco to a family which traces its lineage to 15th Century Spain and before, passing in an unbroken line in the Sephardic tradition, the ancient beautiful and practical wisdom of the Hebrew knowledge of the Kabbalah. In 1958 he traveled to Paris to study with the Masters of Mime, Etienne Decroux and Marcel Marceau. In 1971 he founded Le Centre du Silence Mime School in Boulder, Colorado, where he currently resides.
Previous Passover Deconstructed: Ideas for Your Seder
Next Chagall and Champagne: Happy 100th