A Rabbi and Another Rabbi Walk into a Bar… I am writing this article because I was very strongly encouraged to by my friend Rabbi Gavriel Goldfeder whose article was in yesterday’s BJN. I was initially interested in the more private dialogue, which Rabbi Goldfeder and I have been having, but am writing to express strong objections to much of what was stated and even more that was implied in yesterday’s piece.

Written as a clear promotion of Orthodox Judaism and a subtle attack on the other denominations, Rabbi Goldfeder, who really is my friend by the way, falls into some very dangerous and murky waters in defending a Judaism whose name means “the right way to think,” and therefore implies that anyone who thinks and acts differently is wrong. This “right-way-to-think Judaism” has, in my view, allowed and even promoted, unspeakably wrong and immoral acts in the world, including abuse of animals and workers, profound gender warfare, culminating in spitting on and verbally abusing a 12-year-old girl in Israel, extreme homophobia and the incitement of hateful racism in an endless series of statements and actions by Orthodox rabbis in Israel.

I am not, for even one moment, suggesting that Rabbi Goldfeder and the Aish Kodesh community does any of these things and I know that he (and hopefully they) are equally appalled by them. I am, however, challenging the assumption that Orthodox Judaism = right and non-Orthodox = wrong. This is borne out neither historically, morally nor educationally. The notion that there has always somehow been only one correct way of being Jewish and that any other expression of Judaism is an aberration shows a lack of knowledge of our history and our sociology. True, contemporary Jews are all descendants of rabbinic Judaism, which was an ingenious paradigm shift that allowed continuity and survival after the destruction of the Temple in the year 70CE, but in its inception, this Judaism included a multiplicity of voices.

I do not claim for a second that Conservative Judaism is the only right way, in thought or in practice, but I do believe that it is an authentic, if imperfect, expression and interpretation of that rabbinic Judaism, integrating halacha (Jewish law) and modernity with a considerable amount of intellectual honesty, even if it is sometimes clumsy and a little too dry. Conservative Judaism has never defined itself outside Jewish Law, but has rather followed the tradition of the rabbis of the Talmud in recognizing that there are times when that law changes, when its original context has changed.

In my view, Orthodoxy has again and again taken the category of pattur (meaning exempt) and changed it into assur (meaning forbidden.) For instance, there are sources that clearly allow women certain ritual roles, including being called up to the Torah, but does not obligate them, which eventually led to strict prohibitions and gender separation that some scholars assert was not always the case. This is one example in which Conservative Judaism allowed halacha to evolve, just as it had in other areas of law in the past.

Rabbi Goldfeder implied in his article that we, whoever we are, are somehow only putting our energy as activists into issues of global poverty in the developing world and environmentalism while ignoring the plight of Jews. Well, where is he and his community every Passover, Rosh HaShanah and Hanukkah when I, along with dozens of my congregants and members of other shuls run programs for Jewish seniors in conjunction with Jewish Family Services? Our Hesed Initiative provides hundreds of meals and visits to members of our community in pastoral need.

The Torah, in my reading of it, so clearly and strongly demands of us that we also must have concern for the stranger, for the vulnerable in our world, for the hungry, outside our own. An Orthodoxy that promotes Jewish welfare only to serve other Jews, especially in a world where there is considerable affluence in some Jewish communities, and that we ignore the plight of millions of starving children, also God’s creatures, is a damaging misreading of the Torah that I hold sacred; a Torah that demands of me that I have compassion for God’s creatures in their suffering.

I have been to too many events within the Orthodox community, ok excepting Aish Kodesh, where 100s and 100s of Styrofoam cups, plastic plates and cutlery are thrown out, destined for landfills to leach their toxins into our rivers. Is this “right Judaism” when our Torah and rabbinic tradition so clearly demand of us that we are guardians of this earth? The statement that we liberal Jews are somehow only concerned with ‘trivial’ matters, like our planet’s survival and humanity dying of starvation and curable diseases from unclean water, while we ignore the plight of our Jewish brothers and sisters, is so absurd.

Yes, I was twice co-chair of Hazon’s Jewish Food Conference, looking at issues of health and sustainability around our food system, while some so-called Kosher food continues to poison us and is too often corrupt in its production; yes, I went to Ghana last summer with AJWS and worked with an NGO rescuing children as young as six from slavery. It is precisely my love and my connection to Judaism and my reading of Torah that obligates me to do this, not some wishy-washy liberal version of it that betrays our tradition.

I passionately believe in a pluralism that places real value on the different expressions of Jewish life and I actually love Aish Kodesh and its rabbi and really want that community to succeed and grow, as I am so grateful for the depth of Torah and the fervent connection to mitzvot and authenticity that emanates from those walls. I also am so grateful for and indebted to the Reform movement, in which both Rabbi Goldfeder and I were raised, and which has contributed so much to the world in its prophetic vision of social justice and we are blessed with powerful and wonderful Reform Rabbis in Boulder to continue that vision. I also feel connected to the accessible spirituality and depth that has emerged from Jewish Renewal. I am comfortable in my discomfort as a rabbi and teacher of Conservative Judaism, but I will never, ever claim that it is the right and only authentic expression of Judaism.

Leave the monkey outside and let’s get a beer.

Marc is a native of London, England where he was an actor and practitioner of complimentary medicine before training as a rabbi in London, Jerusalem and Los Angeles. He was ordained at the Ziegler School of Rabbinical Studies at the American Jewish University in 2004 and has been the the spiritual leader at Bonai Shalom in Boulder ever since. Marc was a close student of Rabbi Zalman Schechter Shalomi and received an additional smicha (rabbinic ordination) from him in 2014, just two months before he died. He has been the host and narrator of two documentary films shown on PBS; A Fire in the Forest: In Search of the Baal Shem Tov and Treasure under the Bridge: Pilgrimage to the Hasidic Masters of Ukraine. Marc is a graduate of the Institute of Jewish Spirituality, a fellow of Rabbis Without Borders, has traveled to Ghana in a rabbinic delegation with American Jewish World Service and co-chair of the Rabbinical Council and national board member of Hazon, which strives to create more sustainable Jewish communities. In 2015, Marc was among a group of 12 faith leaders honored at The White House as “Champions of Change” for work on the climate. Marc is a proud member of Beit Izim, Boulder’s Jewish goat milking co-op.
Previous So You Believe in G-d — Now What?
Next So the Monkey Says: See You Monday Night 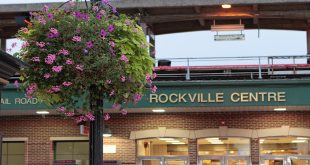