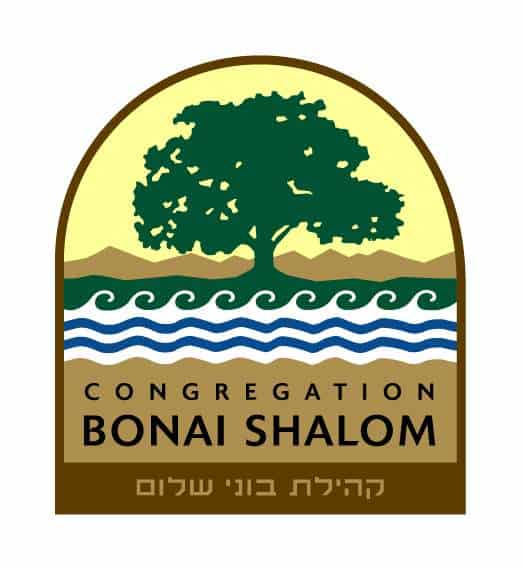 Who was Jacob wrestling with? What are angels? What does a blessing from G-d mean? What can we learn about how to deal with powerful people? How does this encounter change Yaakov?

The 5772 B’nei Mitzvah class at Bonai Shalom wrestled with these and other questions, presenting their thoughts and ideas about Parshat Vayishlach to the congregation last Shabbat. Designed as an exercise to help the students experience writing a Dvar Torah, the resulting effort was quite insightful.

The students began by quickly recapitulating the events of the parsha that they focused on: Yaakov splits his camp. Alone, he confronts a mysterious creature of the night who wrestles with him and eventually blesses him and changes Yaakov’s name to Yisreol. Yaakov and Eisav meet and then separate peacefully.

The students then explained how they worked: reading the parsha, working in chavrutah (pairs) to answer questions based only on their own opinions, discussing those opinions as a group, and then revisiting selected questions to see how the meforshim (commentators)- both ancient and modern- answered the same questions. The students then revisited their original answers to see how studying commentary altered their original answers.

Who was the angel? Nathan and Eviatar cited Rashi who argued that Yaakov was fighting “Eisav’s angel” and that by forcing the angel to bless him, Yaakov could also force his brother to forgive him. Chaya cited the Sfat Emet who felt that Yaakov was struggling with his conscience. Corinne argued that Yaakov was struggling with himself. She cited the Rambam’s opinion, that G-d goes into the minds of ordinary humans and uses them to do G-d’s bidding, to act as angels. Rambam and Corinne agree that this explains dreams that have messages in them. Gaylen pointed out that in past confrontations Yaakov had run away or lied and that this time he confronted the angel and told the truth. In both cases the outcome was the same: Yaakov got what he wanted.

Sam asked us all to imagine that your sibling is coming to kill you and your family with 400 men. After a moment of silence, he cited Rabbi Yochanan who teaches us that we can learn how to deal with the powerful by studying this parsha. Yaakov sent a delegation to represent himself, displayed humility, showed practicality, prayed, and sent gifts to reduce hostility. Sam counseled us to use this advice when dealing with teachers, parents and employers.

Gaylen and Aliza ended with a poem they wrote:

Angels are people
Different images for every person
Whole new culture of beings
Unknown to the world
Common to the heavens
Beautiful wondrous things
The hope of our world.

Previous Parsha Musings by Moshe Scheiner
Next Thank You and Shalom

Our sages teach the power of Rosh Hashanah: This is when G-d bestows the world, and each individual creature, with all of the divine blessings for the upcoming year. He opens new channels to allow our unique gifts to enter our lives.