Petition for Rubashkin on We the People Site

The following article (excerpted below) appeared in the Washington Jewish Week just before Yom Kippur, and I wanted to make sure the Boulder Jewish community was aware of both the White House program described and the petition relating to the Sholom Rubashkin case.

by Alyza Lewin
Special to the Washington Jewish Week

The Rubashkin petition asks President Obama to direct the attorney
general to investigate prosecutorial misconduct in the case of Sholom
Rubashkin and to “correct the gross injustice” that has been
perpetrated in that case. I am familiar with the injustice that has
been suffered by Rubashkin, the former manager of Agriprocessors, the
kosher meatpacking plant in Iowa, who was sentenced to 27 years in
prison. My father and I represented Sholom Rubashkin in his appeal to
the 8th Circuit Court of Appeals. And I can tell you that the American
justice system has failed Sholom Rubashkin.

Alyza D. Lewin is an attorney at law with the firm Lewin & Lewin LLP.

Co - Director of Boulder Center for Judaism. Any successful organization needs a heart and that is what Chany provides, along with organization, marketing, innovative programming, and countless Shabbat dinners. Some of her accomplishments are large and public like the annual menorah lighting on Pearl Street and the matzo and shofar factories, while others are quiet and private like the time she spends counseling individuals and sharing the wisdom that comes from study.
Previous Occupy Judaism
Next Sukkot at CU 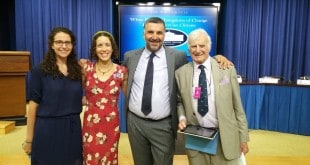 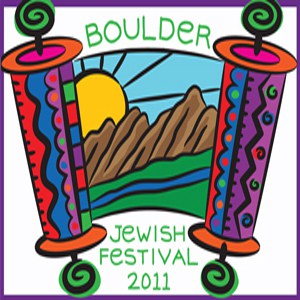 From the White House to Boulder