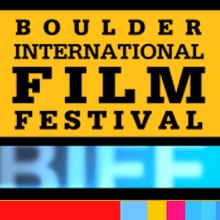 Jewish-Themed Films at This Year’s BIFF The Boulder Independent Film Festival (BIFF) opens on Thursday, February 17 with over 40 independent films from around the world. Each of these films has the unique and creative ability to educate, integrate and involve our entire community to teach us about our world.

Two of these films specifically explore Jewish themes through which we can strengthen the consciousness of our Jewish identity, history and culture. The first is one of a set of short documentaries called Labyrinth, directed by Jason A. Schmidt, screening on Saturday, February 19, 4:30pm, at the Boulder Public Library.

Memory, art, love and hell collide as Auschwitz survivor Marian Kolodziej confronts the horrors of his past. Kolodziej’s startling drawings and art installations, which he calls The Labyrinth, fill the large basement of a church near Auschwitz and draw visitors into the horrific reality of the Holocaust.

I built Auschwitz because I arrived there in the first transport. It was also true that for almost 50 years I did not speak about Auschwitz. But nevertheless, throughout that whole time Auschwitz was present in everything I did. I propose a journey by way of this Labyrinth marked by the experience of the fabric of death… It is a rendering of honor to all those who have vanished in ashes.” – Marian Kolodziej

The second film is Sarah’s Key, adapted from the best selling novel of the same title, starring Kristin Scott Thomas. Directed by Gilles Paquet-Brenner. Screening on February 19, Saturday, 5:00pm at the Boulder Theater.

In Paris, July 1942, Sarah, a 10-year old girl, is taken with her parents by the French police as they go door-to-door arresting Jewish families in the middle of the night. Desperate to protect her younger brother, Sarah locks him in a bedroom cupboard–their secret hiding place– and promises to come back for him as soon as they are released. Sixty seven years later: Sarah’s story intertwines with that of Julia Jarmond, an American journalist investigating the roundup. In her research, Julia stumbles onto a trail of secrets that link her to Sarah, and to questions about her own romantic future. Subtitled.

Boulder International Film Festival tickets are available on the website and at the Boulder Theater box office and seating is limited. Tickets are $12/adults, $10/students/seniors, and special pricing is available for groups of 10 or more.  Group pricing is available through the website. Tickets purchased for groups of 25 or more will receive FREE admission into the BIFF – Filmmaker ‘s Party Special Event, Friday, February 18 at 7:00 at the Lazy Dog. Rub egos with filmmakers and film lovers alike, and meet the provocative artists behind the films. Enjoy the Lazy Dog’s tasty appetizers and perfectly balanced, hand-crafted beers, along with memorable and unique wines from Francis Ford Coppola Winery. A $20.00 value per ticket, FREE!

Previous Shabbat 500 – Back On!
Next The Bad and the Good in Egypt’s Crisis