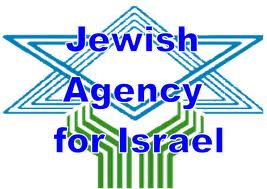 A new Holocaust era restitution project was announced today to identify the victims whose assets were confiscated by the Nazis.

An initiative of the Jewish Agency for Israel (JAFI), with the support of the Government of Israel, Holocaust Era Asset Restitution Taskforce – Project HEART — aims to provide the tools, strategy, and information to enable the Government of Israel, the project, and its partners to bring about a small measure of justice to eligible heirs of Jewish victims, the victims themselves, and the Jewish people.

Many victims of the Holocaust returned to their homes to find that they had no ability to recover their own property.  Project HEART is a general comprehensive program that is launched to gather information with the eventual purpose of receiving compensation for property looted, stolen, or forcibly sold during the Holocaust.” – Natan Sharansky, Jewish Agency for Israel’s Chairman.

Jewish Holocaust victims and their heirs worldwide whose families owned movable, immovable, or intangible personal property that was confiscated, looted, or forcibly sold in countries governed or occupied by the Nazi forces or Axis powers during the Holocaust era are eligible. The only limitation for application is if restitution has been made to a victim or the victim’s heirs for that property after the Holocaust era; then they are not eligible for further restitution in connection with that property.

It is not necessary to have evidence of property ownership to be eligible to apply. If individuals believe they owned or were beneficiaries of such property, they should fill out the Questionnaire,” stated Anya Verkhovskaya, Project Director.

Because of the immeasurable damage that was done to Jewish individuals and communities from the time their property was confiscated, Project HEART was put together as an initiative to reach out to those whose pain we can never imagine, but whom we can assist in the process of gathering data, which will hopefully and ultimately aid them in retrieving what is rightfully theirs. Belated, yet vital steps to partially redress the terrible wrongdoing committed during the Holocaust era in relation to asset restitution are now being taken with Project HEART.” – Bobby Brown of JAFI.

A simple eligibility process has been established. To participate, individuals only need to fill out the Questionnaire that may be found on the website http://www.heartwebsite.org.

Questionnaires will be processed based on agreements with relevant governments or authorities in their efforts to achieve restitution.

Founded more than 150 years ago, we currently offer more than 30 programs and services, including food security, housing stability, mental health counseling, aging care, employment support, and disability services. JFS takes a holistic approach, assessing the various needs of the individual or family and provides the appropriate services all from one organization. JFS serves everyone regardless of race, faith, gender, national origin, disability, or sexual orientation.
Previous 4 Questions for @BottleHood’s Rachel Cohen
Next Goodbye, Columbus this Weekend