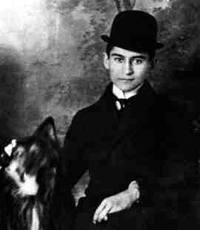 CU’s Week of Jewish Culture, produced and presented by the Program in Jewish Studies, continues this week with events in Boulder and Denver. This year’s series is presented in conjunction with two community events: Movers: Do You Speak Jewish? (www.jewishmovers.org) and Czech Point Denver (www.czechpointdenver.com). CU’s Annual Week of Jewish Culture is an exciting series of events that is dedicated to the exploration of more than 3500 years of Jewish culture including its current, most cutting-edge manifestations.

The Week of Jewish Culture concludes with two events in Denver that are also part of Czech Point Denver, a festival celebrating Czech cultural arts with programs hosted by Denver and Boulder non-profit arts and cultural organizations, and educational institutions throughout January and February. This cooperative project, led by Opera Colorado, will include classical music, theater, visual arts, film and multimedia experiences.

Complete details can be found at www.colorado.edu/jewishstudies. All events are free and open to the public but RSVP’s are suggested as space is limited. For additional questions, contact the Program in Jewish Studies at 303.492.7143 or via email at Jamie.Polliard@colorado.edu. In Front of the Iron Curtain: Yiddish in East Germany
with David Shneer
Tuesday, January 18 @ 7 PM

Atlas 100 on the CU-Boulder Campus
Over the course of her 35 years as the Yiddish diva of the Communist world, Lin Jaldati sang for large official Stalin-era concerts and inspired Yiddish folk music collectives in East German factories. Associate  professor of history and director if the Program in Jewish Studies,  David Shneer , will present the life story of Jaldati and her daughter, Jalda Rebling, who picked up where her mother left off, and suggest what it says about Jewish life in Europe, in the immediate aftermath of the Holocaust and today. Click here for related article. With these enigmatic words, famed soccer fan Franz Kafka ended a 1923 postcard to his brother-in-law after reading a series of articles railing against the fastest growing sport in the world. Join Robert Adler Peckerar, assistant professor of Jewish Literature and Culture at CU-Boulder, for an interactive evening that examines the phenomenon of Jewish soccer in central and eastern Europe at the start of the last century – its controversies, politics, and importance in understanding the birth of a new European Jewish culture. And do it while enjoying a refreshing Czechoslovakian beverage in Denver’s favorite Czech sports bar. (21 ID required). This event is part of a community-wide series celebrating Czech culture, Czech Point Denver (www.czechpointdenver.com). Czech Insights from Music and Literature
Opera Colorado with Betsy Schwarm and Davide Stimilli
Tuesday, January 25 @ 7 PM
Tattered Cover LoDo
1628 16th Street, Denver
From Dvořák to Kafka, Czech cultural figures have had a lasting impact on the arts. In this program with live music, we’ll consider the world-view of three generations of Czech artists and how they have affected the arts even beyond their own borders. Includes presentations by Metro State College music historian, Betsy Schwarm, and associate professor of German and Comparative Literature, Humanities and Jewish Studies, Davide Stimilli. Young Artists from Opera Colorado will also perform. This event is part of a community-wide series celebrating Czech culture, Czech Point Denver (www.czechpointdenver.com)