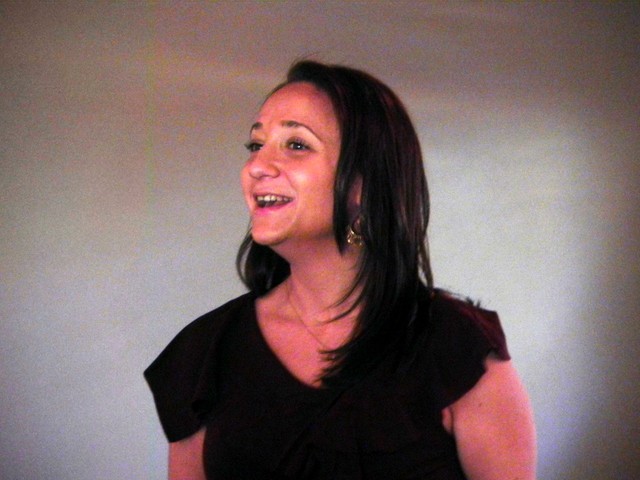 ADL’s Boulder Steering Committee and Congregation Har HaShem hosted a farewell party for former Boulder ADL Director Amy Stein on Sunday.  Amy is leaving Boulder at the end of the month and moving to Boston, where she will take up a new job as New England Regional Political Director for J Street.

The party was organized by Fred Toback and Sue West, Sara-Jane and Bill Cohen, Jerry and Marilyn Pinsker, Shayna Alexander and Har HaShem.  Fred and Bill said a few words, and presented Amy with a plaque from the community which reads:

With love and gratitude to

Whose vision and tireless work
have made Boulder ADL
the principal ally
for all people in our community
who seek justice
and fair treatment
for all
April 15, 2007 – December 16, 2011

Enjoy these pictures from the event:

I've been writing things since grammar school, and served as a writer, photographer and/or an editor on my junior high and high school newspapers; the Daily Trojan at USC (where I earned my journalism degree); the student newspaper at the Anderson School at UCLA (where I earned my MBA); and written and edited countless business documents and presentations in the ensuing twenty years. I've been involved Jewishly since my bris and in Boulder since 1995. I'm married to my Executive Director Cheryl, and we have two children, Lauren and Ethan.
Previous JFS Looking for Friendly Visitors
Next Celebrate Chanukah Shabbat at Har HaShem