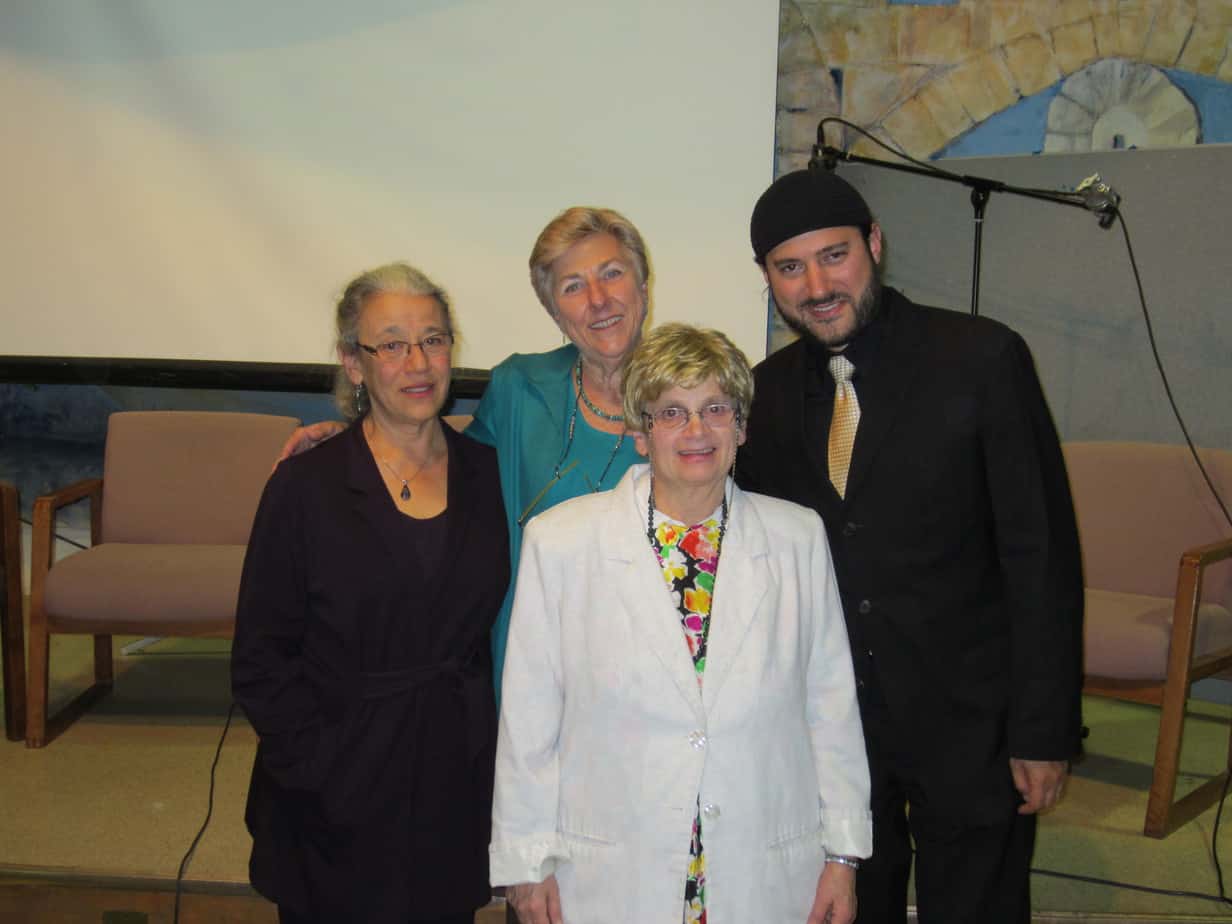 The subject of circumcision may make some people squeamish, but it proved a hot topic on Tuesday, October 18 as 150 people crammed into the Boulder JCC auditorium for a film screening and panel discussion exploring all sides of the circumcision debate. Students from three separate classes at CU and Front Range Community College made up two-thirds of the audience – surely setting a record for student attendance at a Boulder JCC adult education event. With heavy turnout from the local “no circ” movement, Jews were in the minority – another unusual occurrence at the BJCC.
Director Eli Eliyahu Ungar-Sargon presented his 70-minute documentary “Cut: Slicing through the Myths of Circumcision,” which takes a highly critical look at the practice of male infant circumcision, from religious, scientific, and ethical perspectives. The film follows the filmmaker’s personal journey from Orthodox Jew to anti-circumcision crusader. At the heart of the film is the director’s troubled relationship with his father and with Judaism. The film argues that circumcision has no medical benefits, that it inhibits sexual pleasure and that it is an irreversible procedure performed on a child too young to give his consent. Following the screening, the audience asked questions directed at panel of experts that included the director, who fielded many of the comments. Miriam Pollack, a passionate national no-circ advocate, also argued against the practice as a violation of human rights. Dr. Karen Susskind, a family physician who has performed hundreds of circumcisions, addressed medical questions. Morah Yehudis Fishman represented the religious position on circumcision, a mitzvah central to Judaism.

For those who missed the spirited and often contentious conversation, the DVD of “Cut” is now available at the HaSifria library.

Kathryn has spent her professional life writing about, teaching, and presenting the arts. Founding Director of the Boulder Jewish Film Festival, Kathryn was Director of Menorah and ACE at the Boulder JCC from 2003 through August, 2019. The former film and theater critic for the Boulder Daily Camera, Kathryn is the author of "The Fifty Greatest Jewish Movies" and "The Fifty Funniest Films of All Time." kathryn.bernheimer@gmail.com
Previous Week(s) in Review: October 7th to 19th, 2011
Next My Federation Journeys