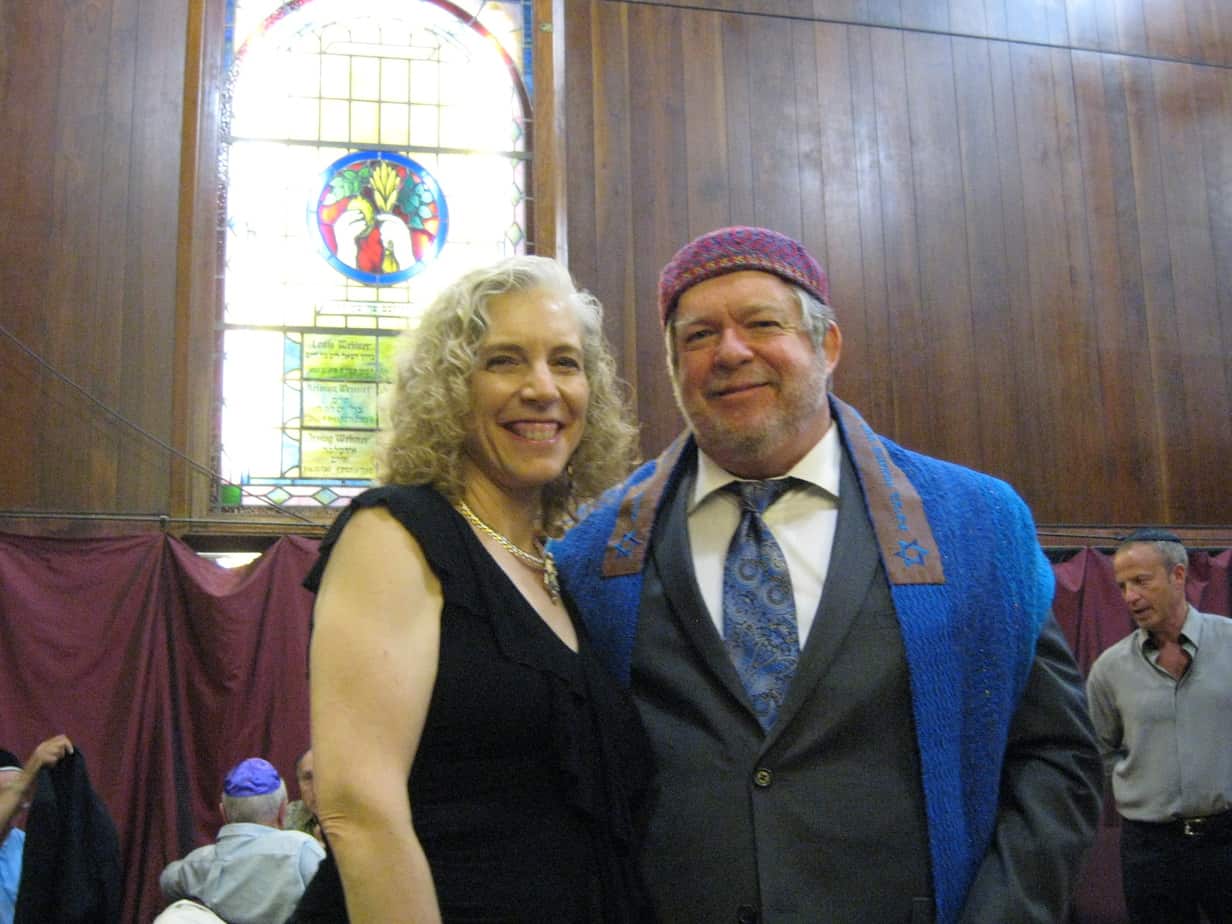 On Becoming A Rabbi …At Last! I received semicha (ordination) as a rabbi on July 1, 2010 from Rabbi Joseph H. Gelberman and the Beit Din (rabbinical court) of the Rabbinical Seminary International (RSI), an independent, transdenominational Jewish seminary in the Neo-Hasidic tradition.  The RSI, which is based in New York City, is headed by Rabbi Gelberman, a true tzaddik who has been called “the New Yorker Rebbe,”  He is an amazing man, a 98-year-old Hasidic rabbi who escaped the Holocaust and went on to pioneer open, non-denominational, interfaith-oriented Judaism in America.  For me, being ordained at the age of 58 by Rabbi Gelberman and his Beit Din was a dream come true.

I grew up in a classical Reform environment in Beverly Hills, California but never really connected with my own Judaism until I encountered a book that truly changed my life—”The Torah: a Modern Commentary” by Rabbi Gunther Plaut.  Its richness of background information, its openness to various interpretations, its respect for tradition without being a slave to it—all of these drew me powerfully in.  Suddenly, I could feel a living presence in the text.  I fell in love with Torah and the study of it.

I soon connected with Congregation Havurim, a small, startup Reform Congregation in Temecula, California.  I found myself almost immediately becoming a service leader and the head of the Religious Practices Committee.  Suddenly I was leading Shabbat and High Holy Day services, attending Torah study, directing the process of making ritual decisions, and writing a monthly column for the congregational newsletter.  These were the last things in the world I ever imagined myself doing—and I loved them.

I moved to northern Arizona in late 1996 and immediately became very involved with the Jewish Community of Sedona and the Verde Valley, an enthusiastic, unaffiliated congregation.  I was instrumental in initiating and leading lay led Shabbat services and a Wednesday morning minyan, organized Torah and Talmud study, and wrote a monthly column and discussions of the Torah portion and Talmud section being studied for the congregational newsletter.  I also led Selichot services and second day Rosh Hashanah services and organized open discussions of liturgy on Yom Kippur afternoons.

I was Vice President for Religious Affairs of the Jewish Community of Sedona and the Verde Valley for several years.   I acted as the public, religious face of the community, which did not have a resident rabbi.  For several years I wrote a weekly column for the religion page of the local newspaper, combining congregational announcements with a mini-essay on the Torah portion of the week.  I was also active in interfaith activities, including a joint weekly Bible study with several local Protestant ministers, public movie and discussion encounters with the local Buddhist community, and participation in the annual interfaith Thanksgiving celebration at the local Catholic church.

I moved to Boulder, Colorado in 2003.  For my first few years in Boulder I was a member of Nevei Kodesh, Rabbi Tirzah Firestone’s Jewish Renewal congregation.  For two years I was a member of the rabbi’s committee that planned and organized religious services.  I participated in running High Holy Day services and in leading children’s services, co-led a second Seder and several “Shabbat in the Park” summer services, and taught the history of the Zionist movement as part of a series of classes on Jewish history.  At Reb Tirzah’s invitation, I delivered a sermon to her congregation on the hot topic of overcoming Holocaust obsession.  I also led several classes on the Talmud for Beginners book series by Rabbi Judith Z. Abrams.

After fifteen years of commitment to various Jewish communities and to the study of Judaism, I decided it was time to take things to the next level.  I enrolled in the Modern Rabbi program of the Rabbinical Seminary International, an accelerated program suitable for individuals with substantial Jewish knowledge and leadership experience. Completing this program led to my recent ordination.

As a Modern Rabbi, I see myself serving Jews as they are today.  My mission above all is to help modern Jews preserve the living essence of Judaism in a very non-traditional world—and to live by it with joy.  I also seek to help today’s Jews connect to the entire sweep of Jewish history—even though we live in a very different time—and with the Jewish people as a whole, especially our fellow Jews in the State of Israel—even though we live in a very different place.  We are only one organ in a much larger body, a body that has endured for almost four thousand years.  With God’s help, our people will long continue to endure, and to follow our own distinctive spiritual path.

My immediate goal is to connect with a small Jewish community—or communities—who have the need for a rabbi, somewhere in the heartland of America.

They call me "NewsHound IV," because I'm a clever Finnegan, sniffing out stories all over the Boulder area. I love Jewish holidays because the food is GREAT, especially the brisket. Well all the food. I was a rescue pup and glad to be on the scent!
Previous Discover Israel with JNF
Next Shira Hill Bat Mitzvah