The boys and girls tennis athletes of the Maccabi games took time from their competitions at Gates Tennis Center to answer a few questions about their Maccabi experiences. The six different athletes interviewed, although from all around the world, were united by the Maccabi games today.

This is Laurence’s’ first year at the Maccabi games and he’s excited to be competing. He’s looking forward to succeeding in his tennis matches and meeting new people and girls. Laurence has been playing tennis since he was 7 years old and, at home, he practices around 20 hours a week. He was introduced to the Maccabi games after winning numerous tennis competitions in Great Britain and being asked to represent England in the Maccabi games.

Although this is Ryan’s first year at the Maccabi games, he’s been playing tennis since he was 10 but recently began playing competitively.  So far, the highlight of his Maccabi experience has been the opening ceremony, however, he’s looking forward to Water World.  He plays for his high school in Austin, Westwood High, and practices 24 hours a week. Ryan is looking forward to competing in the games and representing Austin, Texas in tennis.

Brooke has been playing tennis collectively for about 5 years however this is her 2nd year at the Maccabi games. Overall, Brooke’s favorite part of the games is meeting new people. She’s looking forward to the closing ceremonies and hopefully winning gold! At home, she plays for her high school, Longmeadow High, and practices between 1-3 hours a week.

Abbie is very excited to be participating in the games and representing her hometown Denver.  She has been playing tennis for four and a half years and it is her favorite sport by far. Her favorite part of the games so far is the opportunity to meet new people from around the world.  She is looking forward to host family night, and other activities.  Generally she practices 3-4 times a week for a total of 5 hours.

Overall, Emily’s favorite part of Maccabi is the fierce competition and games. She has been playing tennis for a total of 3-4 years and practices about 7 hours a week in Philadelphia. She enjoys spending time with her host family and is looking forward to host family night. 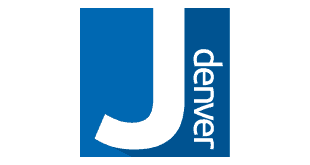 On Religion… and Athletics