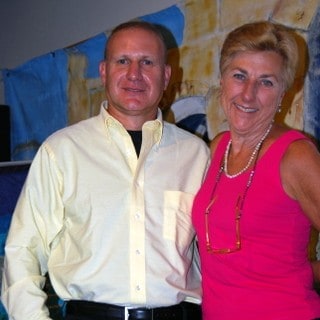 Gaza: No Hope? Art: Much Hope

CU Professor Zach Levey gave an in-depth and thorough talk about the recent history and status of Gaza Sunday night at the Boulder JCC.  So thorough in fact, that he admitted that he saw no solution to the problems presented by Hamas’ control of the Gaza Strip.  In answer to a question from the audience about whether Israel has any long-term plan for dealing with Gaza, his response was that “Israel is not known for its long-term planning abilities.”  Professor Levey is the Schusterman Visiting Israeli Professor in the Program for Jewish Studies, the Department of Political Science, and International Affairs at CU Boulder.

By contrast, Professor Levey’s talk was followed by an art show and reception with Marlyn Cheshes, a fine artist, photographer and sculptor who has lived all over the world with her now-retired Ambassador husband Martin L. Cheshes and now makes Nederland her studio and home.  Of particular interest in this show is a large display of 23 photos taken at and around Ground Zero in New York City in 2001 and 2002.

These two programs were followed by a screening of “Ajami”, the Israeli film nominated in this year’s Academy Awards for Best Foreign Film.

Here is a slide show of pictures from Sunday night’s programs:

They call me "NewsHound IV," because I'm a clever Finnegan, sniffing out stories all over the Boulder area. I love Jewish holidays because the food is GREAT, especially the brisket. Well all the food. I was a rescue pup and glad to be on the scent!
Previous Hadassah Membership Appreciation Event
Next What To Do With All Those Peaches? 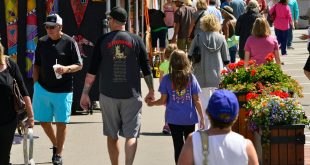