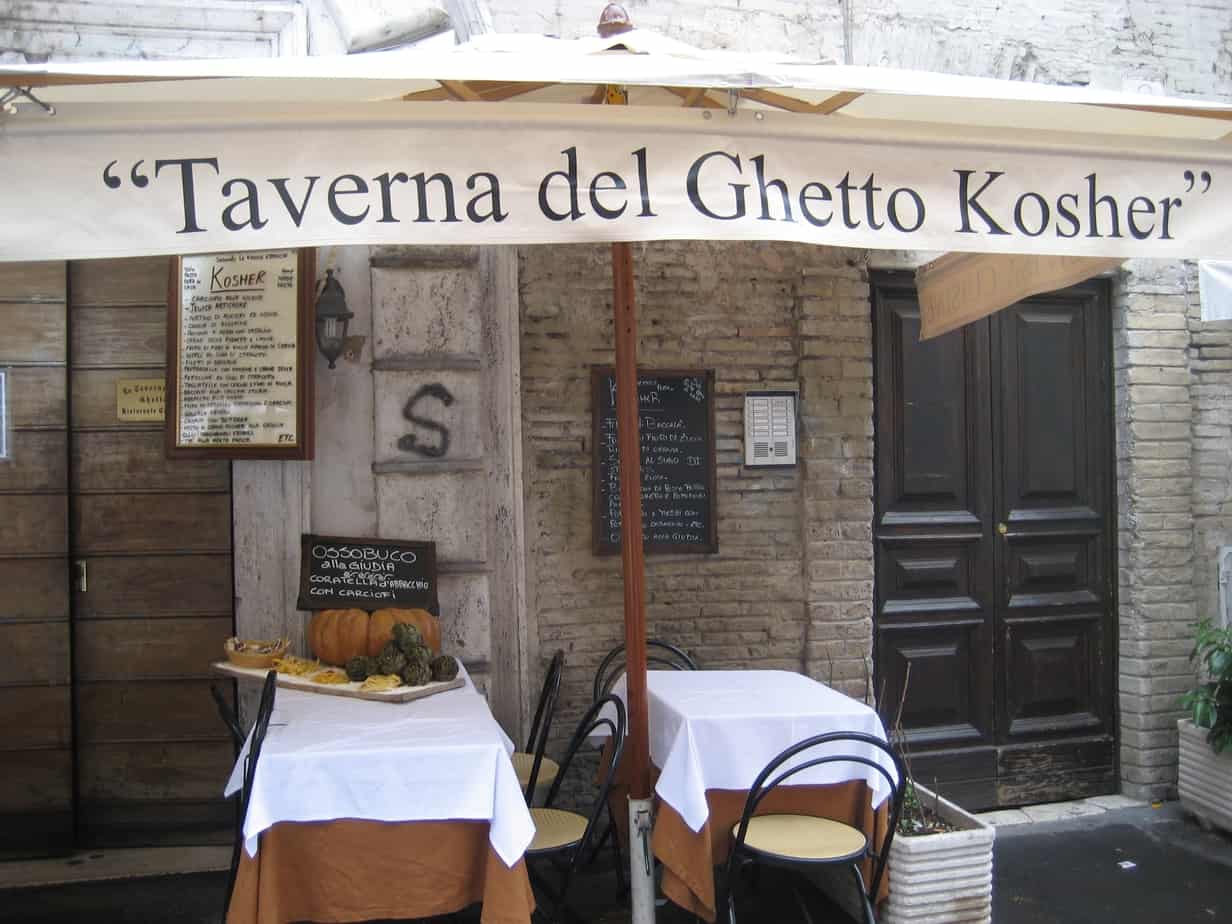 What is Jewish Italian food? Find out as Menorah presents Celebrating the Jews of Italy, with a feast, a film, a concert and discussion on Sunday, November 7, starting at 5 pm at the Boulder JCC.

In Italy, Jewish food is called cucina ebraica, but even many Italians do not know the Jewish origins of some of their favorite dishes. After all, Italy is home to the oldest continuous Jewish community in the Western world. Delicious recipes developed over the 2,000-year history of Jews in Italy have become staples of Italian cuisine.

For example, Roman Jews in the ghetto created cassola, a dessert somewhere between pudding and a delicate cheesecake. Today, many Romans end their Christmas dinner with it. Pesce en saor, a fish dish marinated in sweet and sour sauce and served cold, is a Venetian favorite. Jewish cooks developed the dish to serve on Shabbat, using vinegar to preserve the fish and adding the sweetness of pine nuts and raisins, a typically Arabic combination they brought with them from Spain and Sicily. Similarly, cold pasta dishes popular today are traced to the Jewish Shabbat meals when cooking was forbidden.

Caponata, a cold eggplant salad, is another Sicilian-Jewish invention now ubiquitous throughout Italy. In fact, today eggplants and artichokes are considered typical Italian vegetables. In earlier days, however, they were despised as “the vile food of the Jews.” Today, Passover is artichoke heaven in Rome.

Jews from central Europe also brought their love of goose, which was used as a substitute for pork in many dishes, including salami. Through food, we learn much about the centuries of Jewish experience in Italy.

Food, however, is only one part of the fascinating history of Jewish life in Italy that will be explored at Menorah’s cultural celebration. Italian Jewish music will be performed by Faye Nepon. And following the showing of a one-hour documentary tracing Italian Jewish history, Carlos Zarur will discuss the many chapters of Jewish history, from ancient times through the Holocaust and beyond.

Advance tickets, $25, are available by calling Kathryn at 303-998-1021 or emailing kathryn@boulderjcc.org, or visit www.boulderjcc.org. Tickets are $30 at the door and include a three-course meal, wine, concert, film and discussion.

Kathryn has spent her professional life writing about, teaching, and presenting the arts. Founding Director of the Boulder Jewish Film Festival, Kathryn was Director of Menorah and ACE at the Boulder JCC from 2003 through August, 2019. The former film and theater critic for the Boulder Daily Camera, Kathryn is the author of "The Fifty Greatest Jewish Movies" and "The Fifty Funniest Films of All Time." kathryn.bernheimer@gmail.com
Previous A Gluten-Free Halloween
Next JNF on the Chronicle of Philanthropy’s 400 List