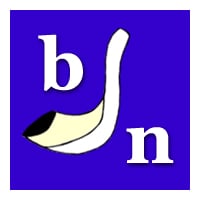 A Vision of the Future Cheryl and I attended a lovely wedding today, and it was, in many ways, incredibly special and yet utterly normal.  In short, just what we would want the future to look like.

Rabbi Lewis “Buz” Bogage performed a beautiful Jewish ceremony in fairly routine liberal ritual, and made everyone feel included and comfortable for this interfaith couple and their families and guests.  Prayers and vows were spoken, rings exchanged, blessings offered, wine shared, the rabbi even read their ketuba.  And glass was broken at the end.  The happy couple led a recessional of parents and wedding party, and the whole ceremony just seemed so normal.

In talking to Rabbi Bogage during the reception, he mentioned that he was referred to the couple by another rabbi the couple had approached first, but who doesn’t do interfaith weddings.   This, unfortunately, is still too much a reminder of our past.  When an interfaith couple wants to create a Jewish home, what message are we sending when many of our rabbis decline to perform these ceremonies?  A recent (2007) local demographic survey put the number of intermarried Jewish couples in the Denver/Boulder area at 51%.  More telling is that 70% of respondents under 35 are intermarried and 71% of those married in the prior ten years are intermarried.  The study stated:

Building community with families that include non-Jews needs to be seen as an opportunity. … Jewish families that include non-Jewish members need to have the same access to opportunities to “do Jewish” or to “be Jewish” as families where everyone is Jewish.  Synagogues and other institutions need to welcome interfaith couples and families. … Especially for the intermarried couples which have not yet decided whether or not to raise their children Jewish, the existence of friendly pathways into Jewish life can have a huge impact on their decision-making.” — 2007 Metro Denver/Boulder Jewish Community Study

While we believe that Boulder is somewhat ahead of the national curve in the acceptance of intermarried families, there is still work to be done in making these families feel welcome and engaged.

What was unusual about our conversation with Rabbi Bogage was that during the inevitable Jewish geography session, we found out that he had gone to school with Rabbi Bronstein.  Actually, Rabbi Herbert Bronstein, Rabbi Deborah’s father.  Rabbi Bogage is in his 60th year in the rabbinate, and seven years into (semi-) retirement in Denver.  And yet he handled the situation as though it were totally normal, treating the couple with love and respect for their joint decision to form a Jewish household.

Both fathers, during their toasts, talked about how welcoming and friendly the other family had been to their respective children and families, how happy their children seemed together, and wished them all the best in their new life together.  Again, it all seemed so normal.

This is what the future should be like — the community and families coming together to celebrate two people’s decision to bind their lives together Jewishly “during good times and adversity, during sickness and health, sharing each other’s burdens and joys” for the rest of their days.

And it shouldn’t matter a bit if the couple, as it happened today, is made up of two women. What we attended today was not, in fact, a wedding according to the laws of the State of Colorado, it was a “commitment ceremony,”  and the only unusual feeling from today was the total avoidance of the words “wedding” and “marriage” even though in every other respect, that was what we witnessed.

Shannon’s and Lindsay’s commitment to each other seemed just as deep and just as genuine as any couple whose wedding we have attended.  In our vision of the future, Shannon’s and Lindsay’s commitment to one another will also seem utterly normal, as will their acceptance by the state as well as the mainstream Jewish community and most rabbis.  May that time come soon, and in our lifetime.

I've been writing things since grammar school, and served as a writer, photographer and/or an editor on my junior high and high school newspapers; the Daily Trojan at USC (where I earned my journalism degree); the student newspaper at the Anderson School at UCLA (where I earned my MBA); and written and edited countless business documents and presentations in the ensuing twenty years. I've been involved Jewishly since my bris and in Boulder since 1995. I'm married to my Executive Director Cheryl, and we have two children, Lauren and Ethan.
Previous Peter Beinart and Killing the Messenger
Next Davis Wilkey Bar Mitzvah